Tucher Festbier! Where the heck did you come from? I’ve been drinking Tucher beers for as long as I can remember, back to the late 80s actually. My Tucher journey began when I first walked into the Meat & Wursthaus in Norwood, Massachusetts, and first spied Tucher beers. Meat & Wursthaus is sadly long defunct, but I can still remember Werner’s wonderful store made bratwurst (best I have ever eaten). They were truly delicious with a tall glass of Tucher weizen, either Helles or Dunkel.

Tucher beers are sold here in Georgia, though for some reason not the Festbier. I got a can from Half Time Beverage recently, though, which is why I am hear to speak to it today. Tucher does not mention the beer on their website, but the importer, Etten Importers, does:

To many, the festbiers of Bavaria are a liquid voyage to the tents of Oktoberfest. For Tucher, nestled in its home in northern Bavaria and out of reach of the festivals that overtake Munich’s fairgrounds each fall, the focus is on Fruhlingsfest and celebrating the end of the cold winter months. As such, this festbier is brewed as a fuller-bodied helles lager with a slightly louder presence of old world hops instead of a marzen and is available to festivals year-round!

They mention flavors of Orange Zest, Whole Grain Cereal, Dried Basil. I did not get the orange zest, but I did get the bready/grainy notes and an herbal character more akin to new mown grass than Basil. Still, the two can be said to be herbal.

Tucher Festbier pours to a bright golden color with a thick fluffy white head of foam and an inviting nose of soft bready malt. Taking a sip, the beer is soft bready malty up front. It has a hint of caramel and finishes dry with hernal grassy notes and a gentle bitterness.

This is a delicious Festbier and a wonderful German brew. Tucher Festbier, where have you been all my life? 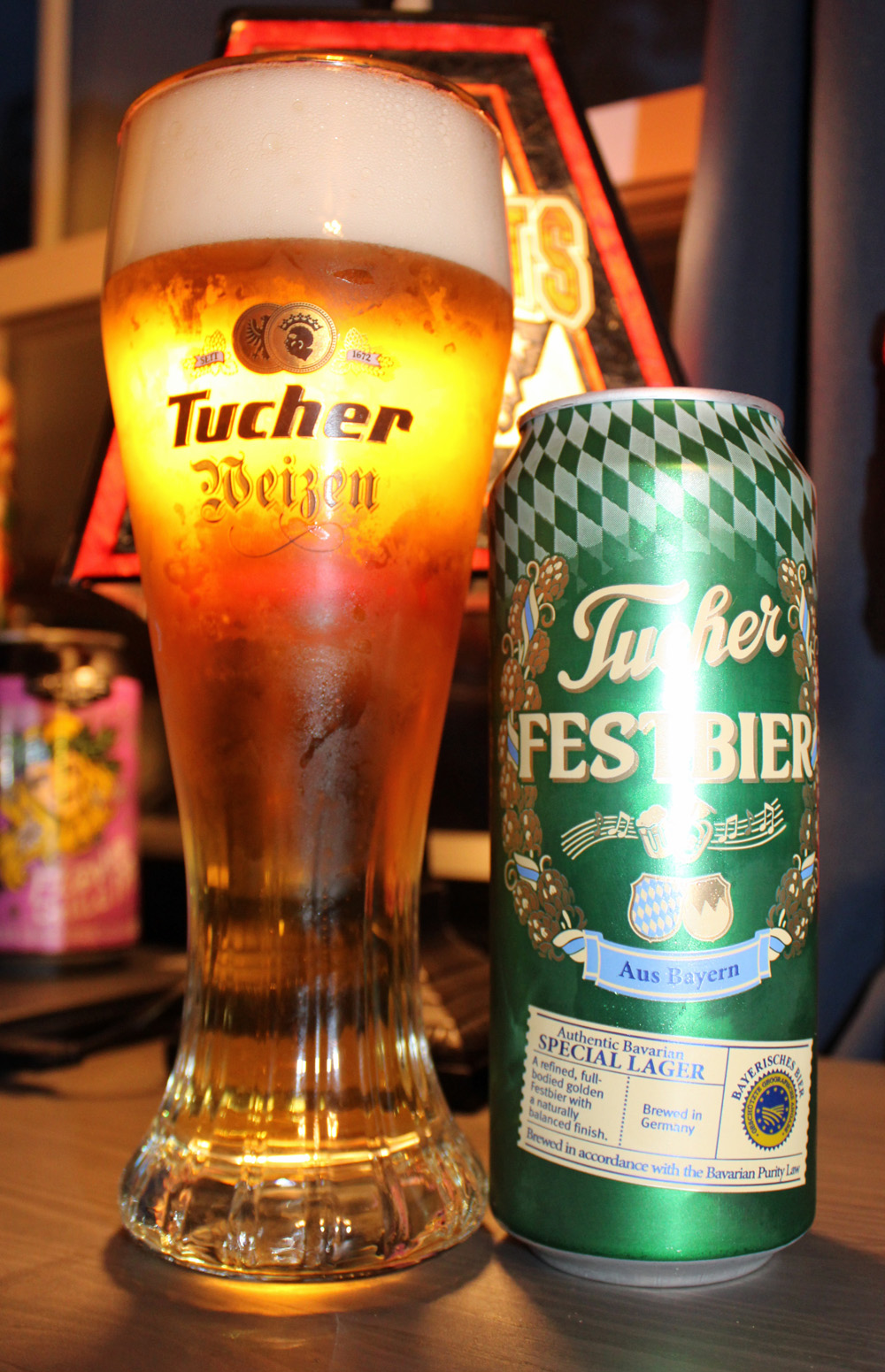