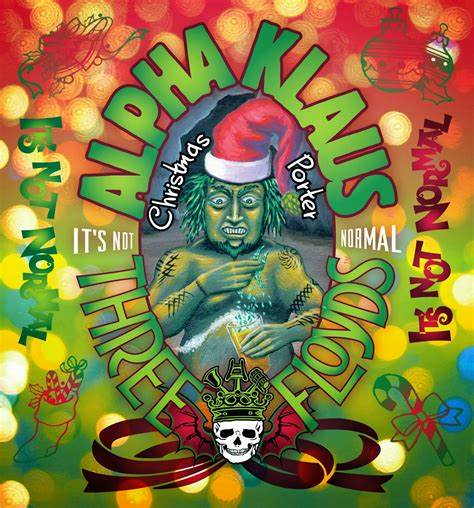 Everybody knows and loves Three Floyds Alpha King, right? Of course they do. Alpha King is an amazing American Pale Ale, arguably one of the best you can buy. It has a relative, though, according to Three Floyds: Alpha Klaus Christmas Porter. Now, I do not know what it is precisely that makes a porter kin to a pale ale, but they are from the same brewery, so we’ll go with that.

I like the idea of a Christmas porter, especially a delicious robust porter like this one. The beer is not to be found locally, but I did score a bottle from Halftime Beverage, for which I paid $3.49 for a single 12-ounce bottle. Total Wine sells it for $14.99 a six-pack in Sir Barton, Kentucky. A little high I think, but what isn’t expensive these days? The beer has an alcohol content of 7.3% by volume with 67 IBUs.

Three Floyds Alpha Klaus Christmas Porter pours to a jet-black color with a thick creamy tan head and a nose of deep roasted malt, dark chocolate, and grassy hops. A thick layer of Brussels Lace forms on the sides of my glass and follows the liquid all the way to the bottom.

Taking a sip, the beer is medium in body, rich with roasted malt and dark chocolate pudding like your mom used to make on the stovetop with skins on top. It’s punctuated wonderfully with a grassy herbal hop bitterness and aroma at the last.

A truly wonderful porter, and a great idea for a holiday brew. I’ll be sure to have it again, if I can find it, that is. 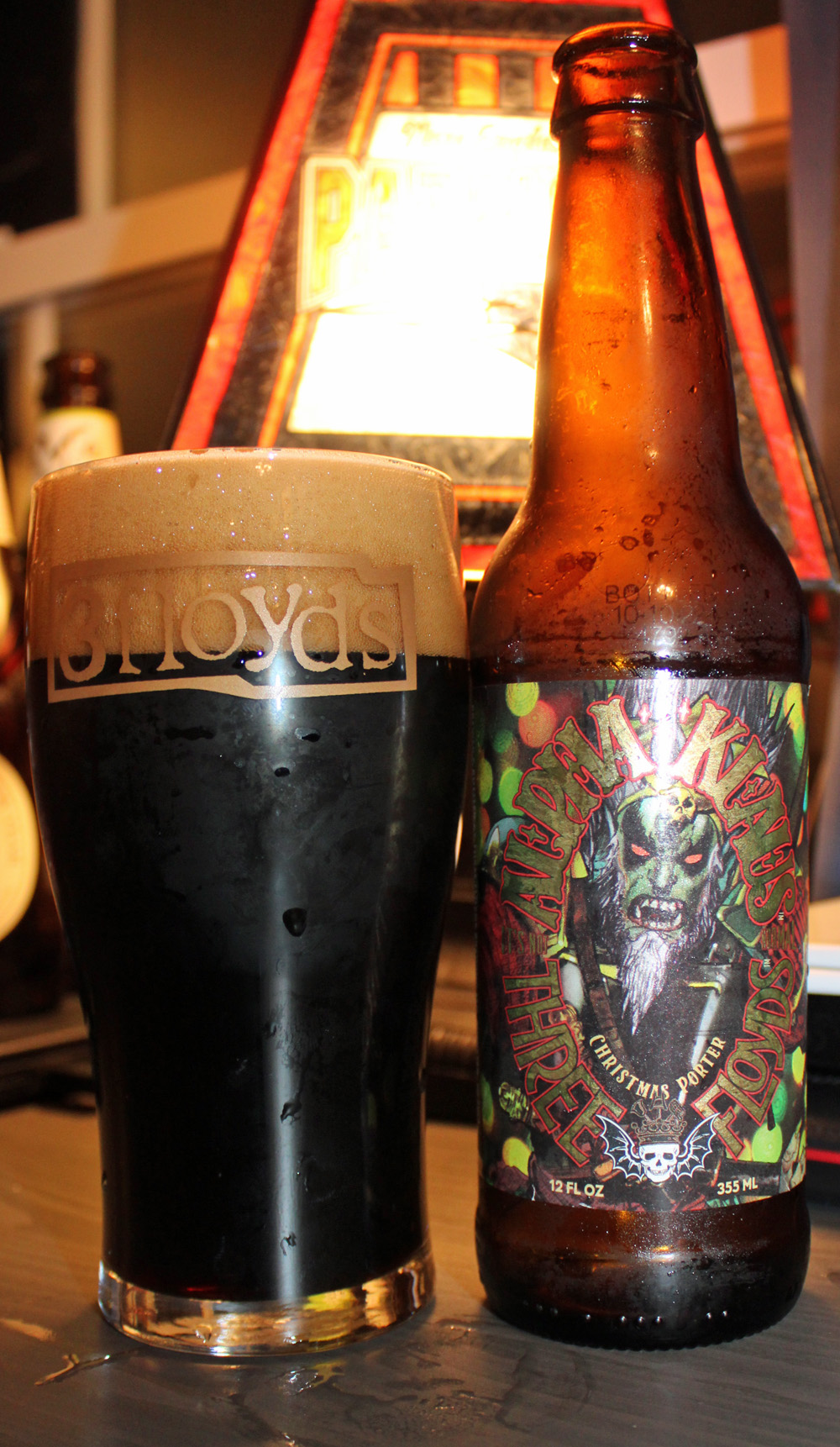