Beer, like any living thing, evolves with time. Specifically, styles develop and change and split off into new styles and sub-styles. This has been the case with Pilsners. There are two main sub-styles of Pilsner, Bohemian (Pilsner Urquell being the classic example, Dock Street Bohemian is another good one) and German (Bitburger, Radeberger, Victory Prima). The Bohemian examples will have a softer malt palate and body in accordance with the unique water used for brewing in Pilsen. They should have a touch of buttery diacetyl and a noticeable hop bite in the finish. German pilsners will be crisper and cleaner, lacking the diacetyl but being more aggressively hopped.

"Prima" roughly translates from German as Great! or First Rate! Either of these adjectives is an apt descriptor for Victory's Prima Pils. This pale golden lager is simply bursting with fresh, lightly kilned malt flavor. Victory uses German malts exclusively, and it is readily apparent in the malty palate of this exceptional brew. This seemed a bit less the case when I sampled the beer on draught at the brewery, the hops simply overwhelmed the malt there.

Of course, the Saaz hops are also well represented in the bottled version, where they simply explode in a spectacular bitter finish, but the balance between malt and hops seems a bit better here. In either case, Prima is a remarkable beer for it's intense hop character that places it firmly in the German camp stylistically.

In both nose and palate, Prima reminds me a great deal of Bitburger Pils from Germany, though Prima is obviously fresher and more intense than the Bitburger we get here. The hops make it a prime candidate for pairing with spicy foods, but it would also fare well with chicken or fish due to its crisp malt character.

Prima! An exclamation of joy. A recognition of accomplishment. Though it’s spoken in German, it’s felt in all languages. It’s what escaped from our lips as we sampled the first brew of this mighty pilsner. Though we had been through a few in our years with other breweries finally, with whole flower European hops and fine German malts we had achieved what we’d sought for so long. Prima….an exclamation of our Victory! Prost!

Curiously, Victory has the following quote on their website:

”Prima Pils is a successful homage to the great Czech beers of Plzn and Budvar. It shows an enormous hop bouquet, (and) restrained bitterness….
Lyn Hoffman, PHD, Philadelphia Magazine (Jan. 1998)

I find this odd because I have never thought of Prima as a Czech inspired pilsner. While there are certainly aromatics present, the bitterness is anything but restrained, dominating the finish of the brew and planting the beer firmly in the German camp of pilsners. I see little similarity to Urquell or Budvar here.

Prima has always been, in many ways, Victory’s prime brew for me. Before the very first sip of any Victory beer ever passed my lips, I often heard the name “Hopdevil” uttered in hushed, revered tones by fellow beer enthusiasts. To this day, I still believe that Hopdevil is Victory’s most respected brew, but for me, Prima will always be their piece de resistance.

Why? Take a sip and see. Revel in the crisp, delicate, wonderfully soft and biscuity character of the imported German pilsner malt. Savor the way the malt combines with the aromatic, herbal, flowery hop character. Dwell upon the grassy, slightly minty, and very bitter lingering hop buzz in the finish. Perhaps Prima’s greatest quality is the way in which all of its elements work so well together. They are all reasons why I love the beer so much, and why Prima truly is a Victory for the discerning beer enthusiast. 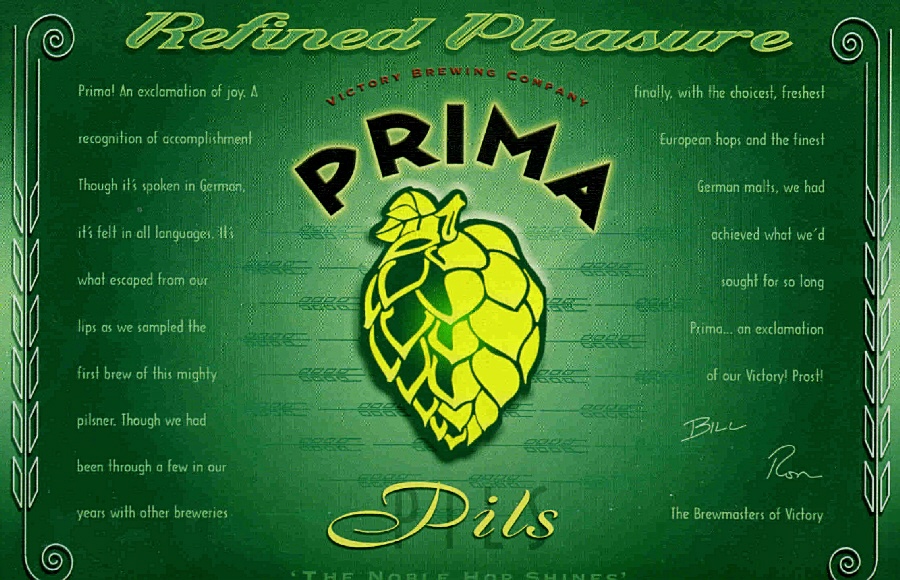 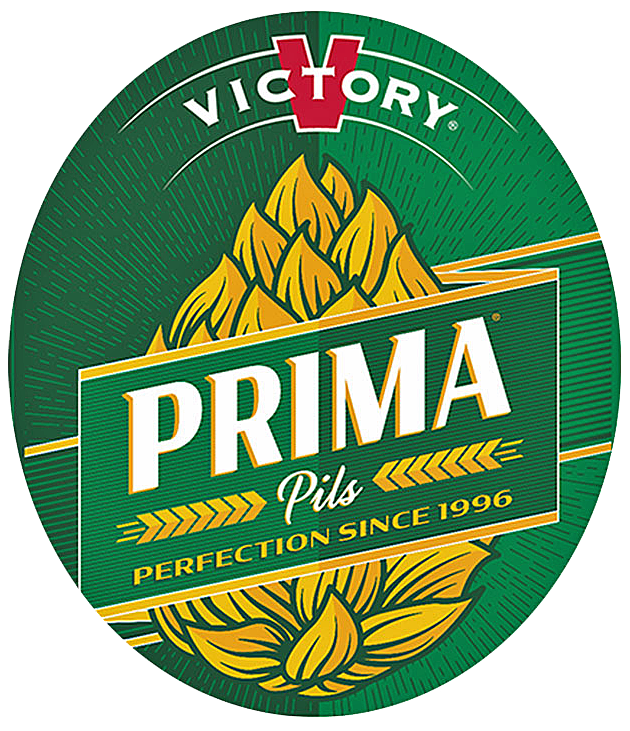