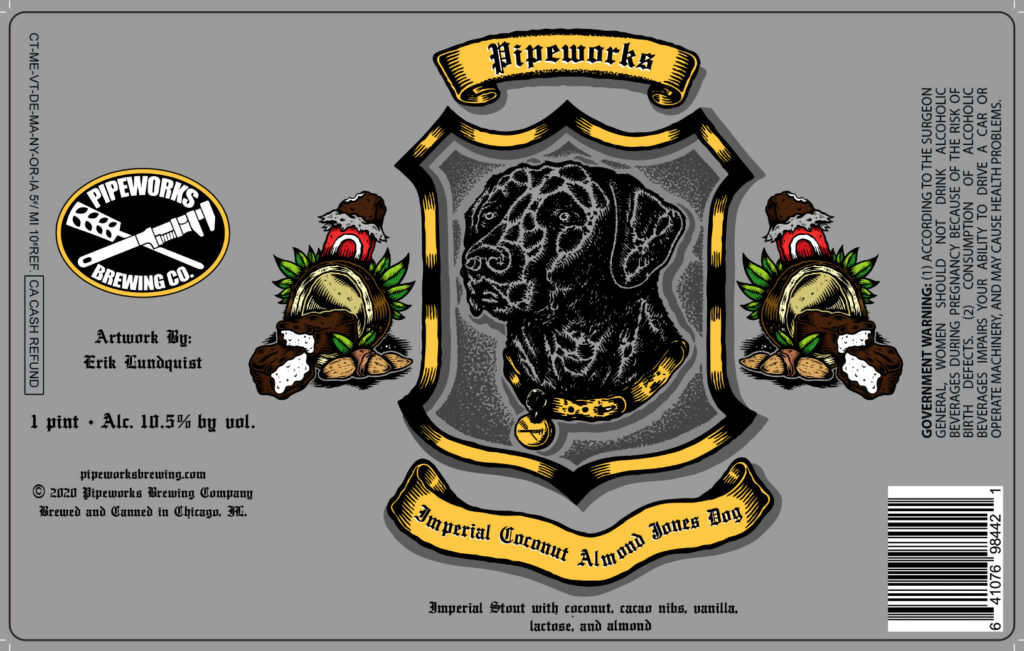 I wanted one more. I was at Taco Mac, you see, and I wanted one more beer. Something told me that, while I had just had two very nice beers you see, tonight’s magic number, was three. “Then thou must drink three.” Were the words that bounced around my head. “Three shall be the number of the drinking and the number of the drinking shall be three. Four shalt thou not drink, neither shalt thou drink two, excepting that thou then proceedeth to three. Five is right out.

Once beer number three, being the number of the counting, be reached, then lobbest thou the Holy Hand Grenade in the direction of thine foe, who, being naughty in my sight, shall snuff it.

Errr, OK, I really did have those lines from Monty Python bouncing around my head when I ordered beer number three, but I’ll admit no hand grenades, holy or unholy, were lobbed in any direction. I did, however, score for my third and final beer (remember, four shalt thou not drink) Pipeworks Imperial Coconut Almond Jones Dog. The bartender was recommending it to another patron, and overhearing this, I had to have one. I knew it would not last long and I was correct, as I type now, a mere four days after drinking it, it is gone from the Taco Mac beer menu.

No listing of the beer currently on the Pipeworks website. Pipeworks, from Chicago, recently arrived in Georgia, and I have enjoyed those beers I have had from them. Untappd describes the beer as Imperial milk stout with coconut, cacao nibs, vanilla, lactose and almond. They, and Taco Mac, had it pegged at 10.5% by volume. I paid $9 for my 11-ounce glass at the latter.

My glass of Pipeworks Imperial Coconut Almond Jones Dog arrived jet-black in color with a light head of creamy tan foam and a nose exploding with chocolate, coconut, and nutty almond. Taking a sip, the beer is rich and thick and full in the mouthfeel with flakey coconut, more nutty almond, chocolate and a big boozy finish.

Impressive! All the flavors merge here to really deliver the impression of an Almond Joy bar. Pipeworks makes a version of this beer without the almond, and I would like to try that someday. As it is, this lovely sipping beauty made a great dessert beer. Have it with the eponymous candy bar, or enjoy it by itself. You’ll be glad you did. 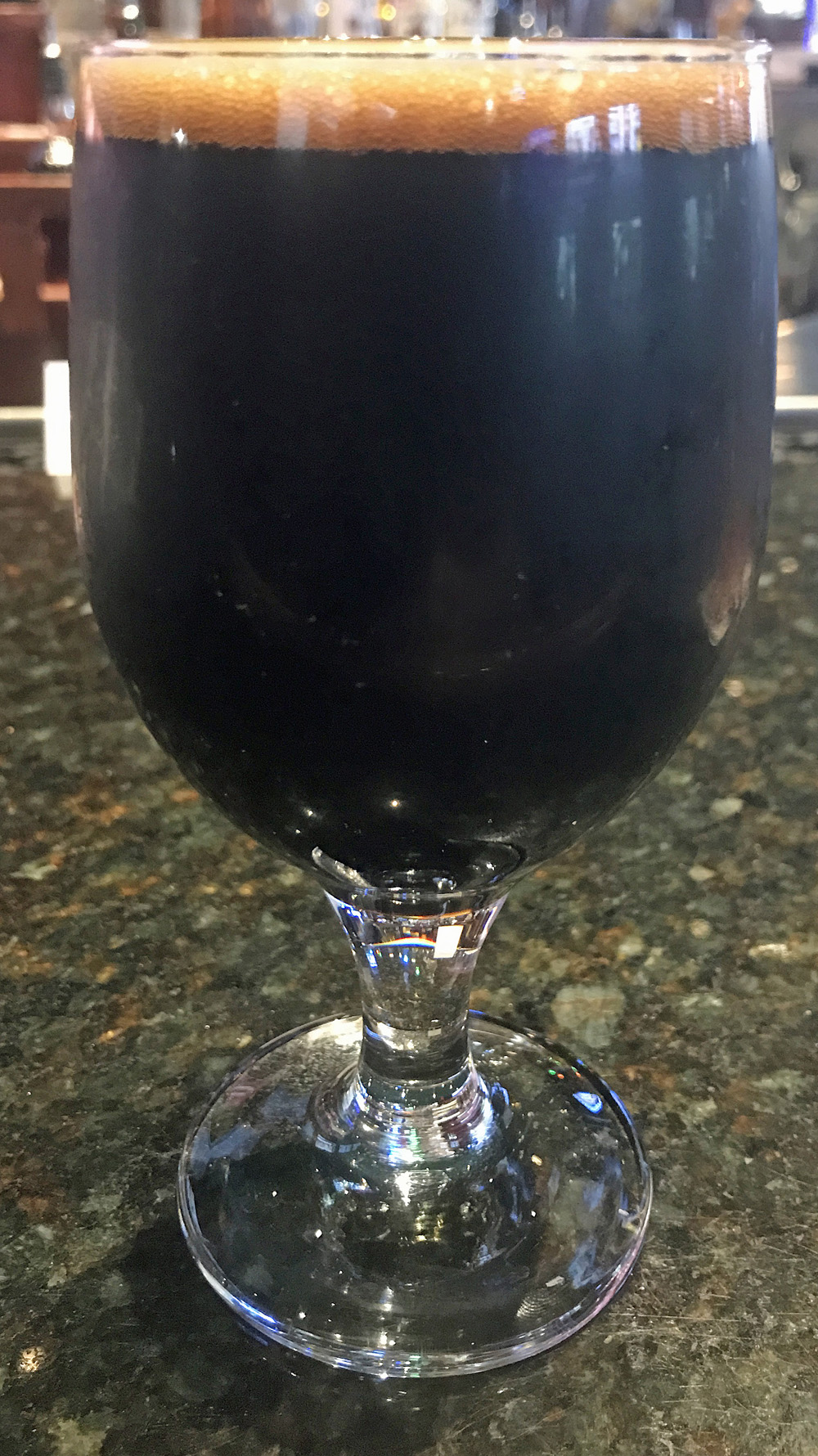