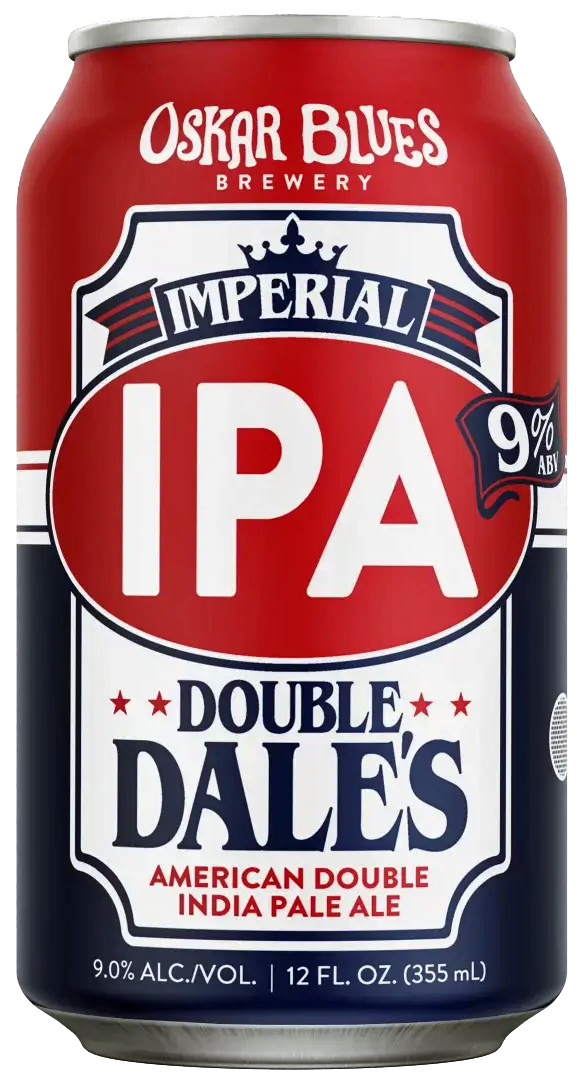 Double Dale’s India Pale Ale! I’ve been wanting to try that for a while. Finally, I got my chance when it showed up on tap at my local Taco Mac. This is, of course, a souped-up version of the classic Oskar Blue’s Dale’s Pale Ale, which I consider to be one of the most iconic of all pale ales, right after Sierra Nevada Pale Ale.

Much to my horror, when I went to link to my review of Dale’s Pale Ale, I found I had never written one, though I had taken tasting notes from the can and the tap. Thus, I reviewed that beer a few days ago, and decided to concatenate it with these, my thoughts on Double Dale’s.

Two decades ago, Oskar Blues Brewery sent shockwaves through the beer industry when we packed the voluminously hopped Dale’s Pale Ale into a can. Now, Double Dale’s Imperial IPA picks up the torch, the welder, and the hacksaw to turn the industry upside down again, doubling down on hops with a newly formulated, massive IPA worthy of the legendary original craft beer in a can.

Oskar Blues Double Dale’s India Pale Ale pours to a dark orange color with a light head of foam and a nose of caramel malt, citrus and pine. Taking a sip, the beer is firm in body with plenty of chewy caramel malt. Not as full bodied as many a DIPA perhaps, but citrusy with grapefruit and resiny pine. Delicious, and went very well indeed with an order of Sweet Chili Sesame wings. 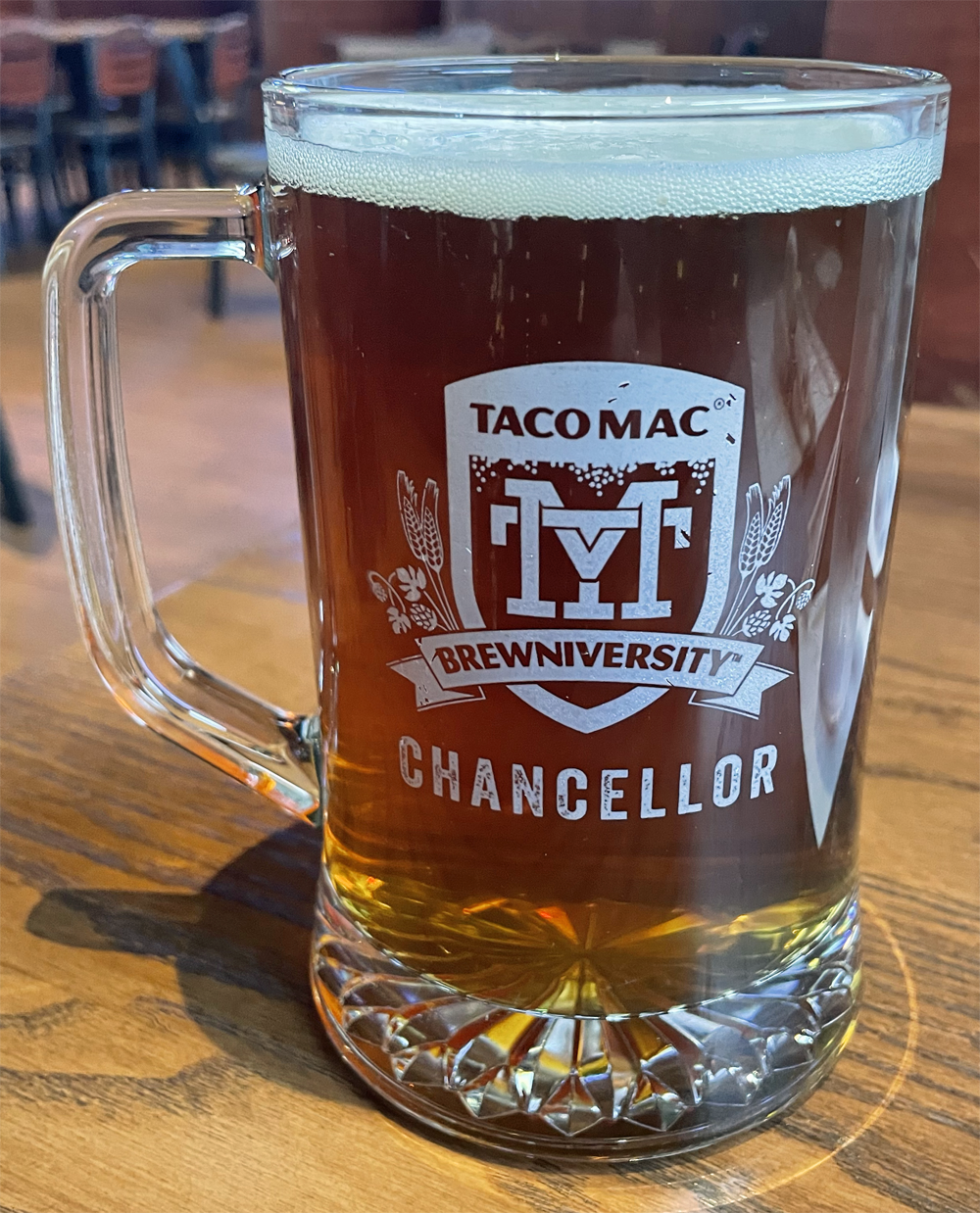 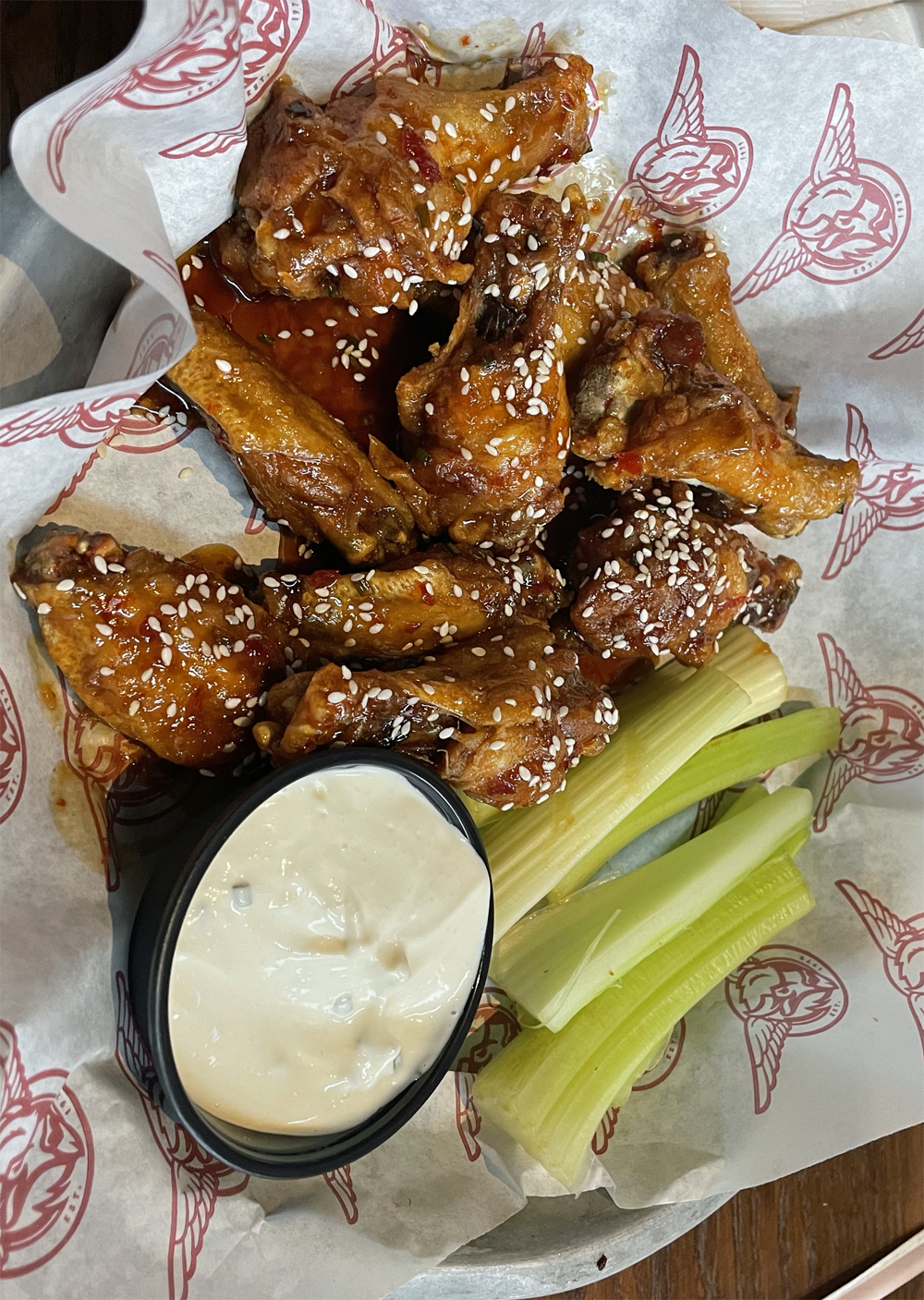