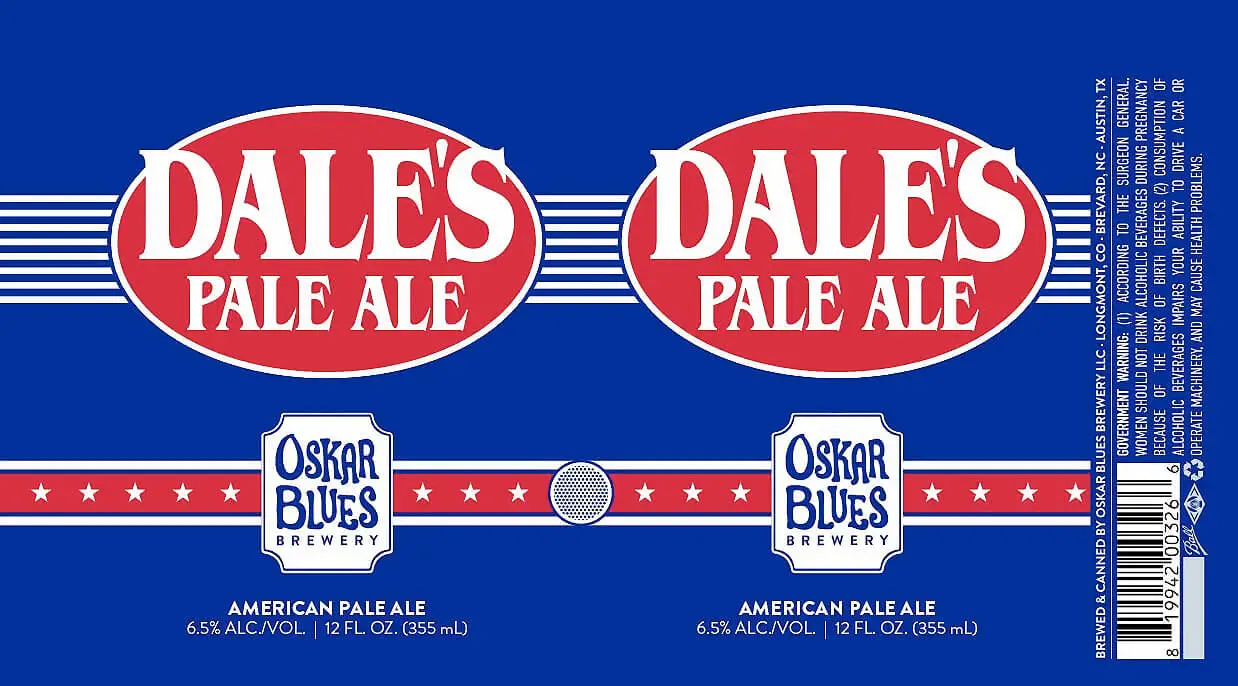 D’oh! How did this happen? I finally get my hands on some Oskar Blues Double Dale’s American Double India Pale Ale, and so as I am wont to do, I start to write about it. I cannot, however, do that without referring back to my review of the classic Dale’s Pale Ale from the same brewery, when I realize that, again, D’oh! I never actually wrote one. And don’t even get me started on Deviant Dale’s India Pale Ale. I had that one in 2012 but neglected to take notes on it, except to say that it was amazing.

Back to Dale’s Pale Ale, however. For this one, I did take notes, in December of 2021 on tap at Taco Mac, and from a can in September of 2020. To be sure, I’ve had the beer plenty more times than that. All the same, here is what Oskar Blues says about the beer:

Dale’s Pale Ale is our defiant, proud, voluminously hopped mutha of a pale ale. If you’re looking for a fistful of flavor, look no further than this hopped-up trail ride.  It delivers a hoppy nose and assertive-but-balanced flavors of pale malts and citrusy floral hops from the first sip to the final swig (6.5 % ABV and 65 IBUs) Dale’s Pale Ale is the beer that started it all. Oskar Blues launched our canning ops in 2002, brewing and hand-canning Dale’s Pale Ale in our funky Lyons, coloRADo, brewpub. America’s first craft-canned mountain pale ale is a hearty, critically acclaimed trailblazer that changed the way beer fiends perceive craft beer. Dale’s is The Original Craft Beer in a Can. Hands down. Bottoms up.

Total Wine sells this beer for $18.99 a 12-pack in cans, and that is a very good price indeed. Sadly, I did not record what I paid for it in tap at Taco Mac. The can on which I took the following notes was stamped CANNED 07/06/2020 SELFIE?

Oskar Blues Dale’s Pale Ale pours to a bright copper color with a huge and thick rocky head and a wonderfully inviting nose of caramel malts and spicy hops. Taking a sip, the beer is full of caramel malt in the medium malty body (appropriate to the style), soft burnt treacle, stone fruits, orange jello, and a very drying bitter finish. I had forgotten how good this beer is.

I remarked that the draft version was “Always a caramel malty citrusy delight but morseo on tap.” It was a featured beer of the month in December of 2021 along with Cigar City, and I received a ceramic Jai Alai IPA coaster tchotchke with it. It paired nicely with carnitas quesadillas.

Oskar Blues Dale’s Pale Ale is to me the nigh definitive version of American Pale Ale, playing second fiddle only to Sierra Nevada Pale Ale. I can’t think of higher praise than that, and neither can you. The beer is required study for any serious connoisseur of craft beer. 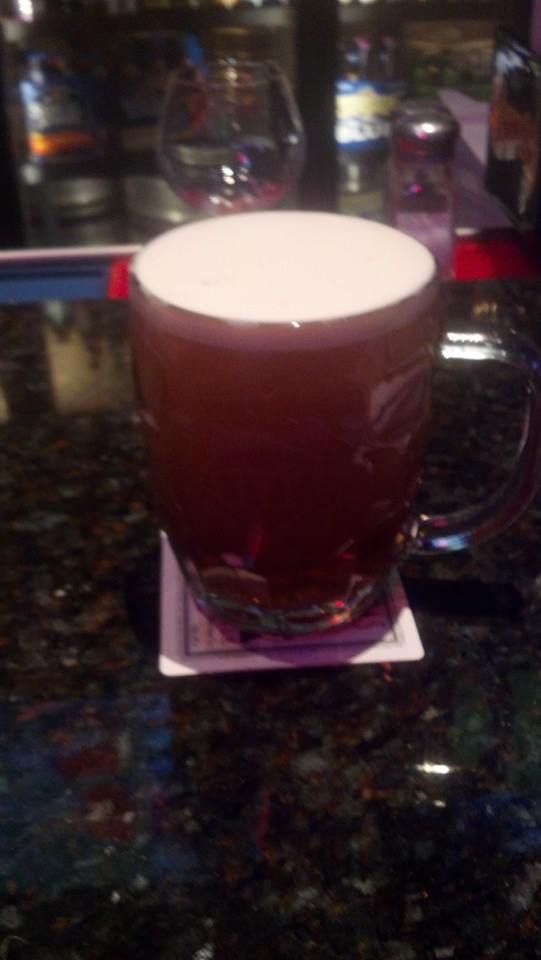 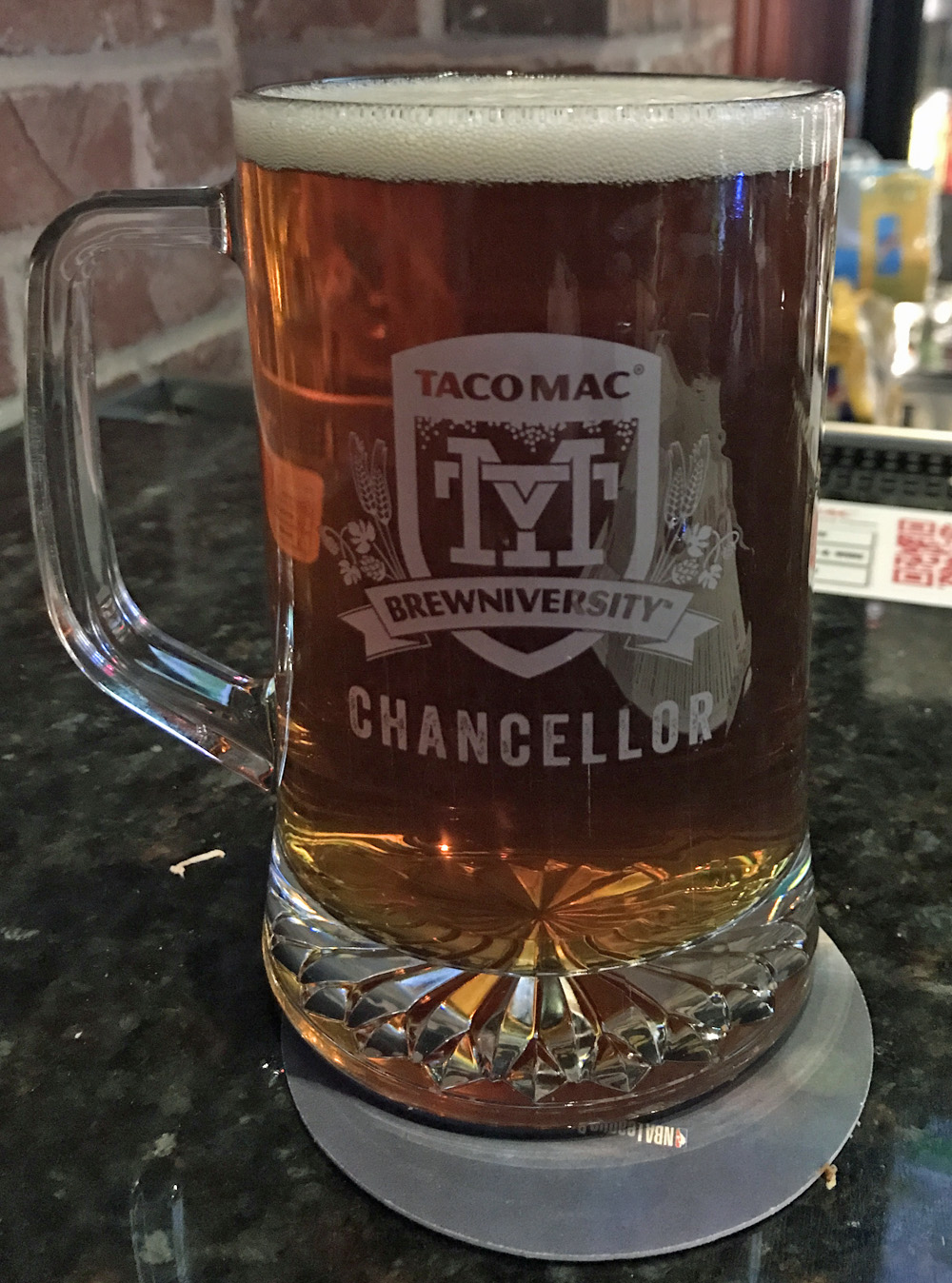 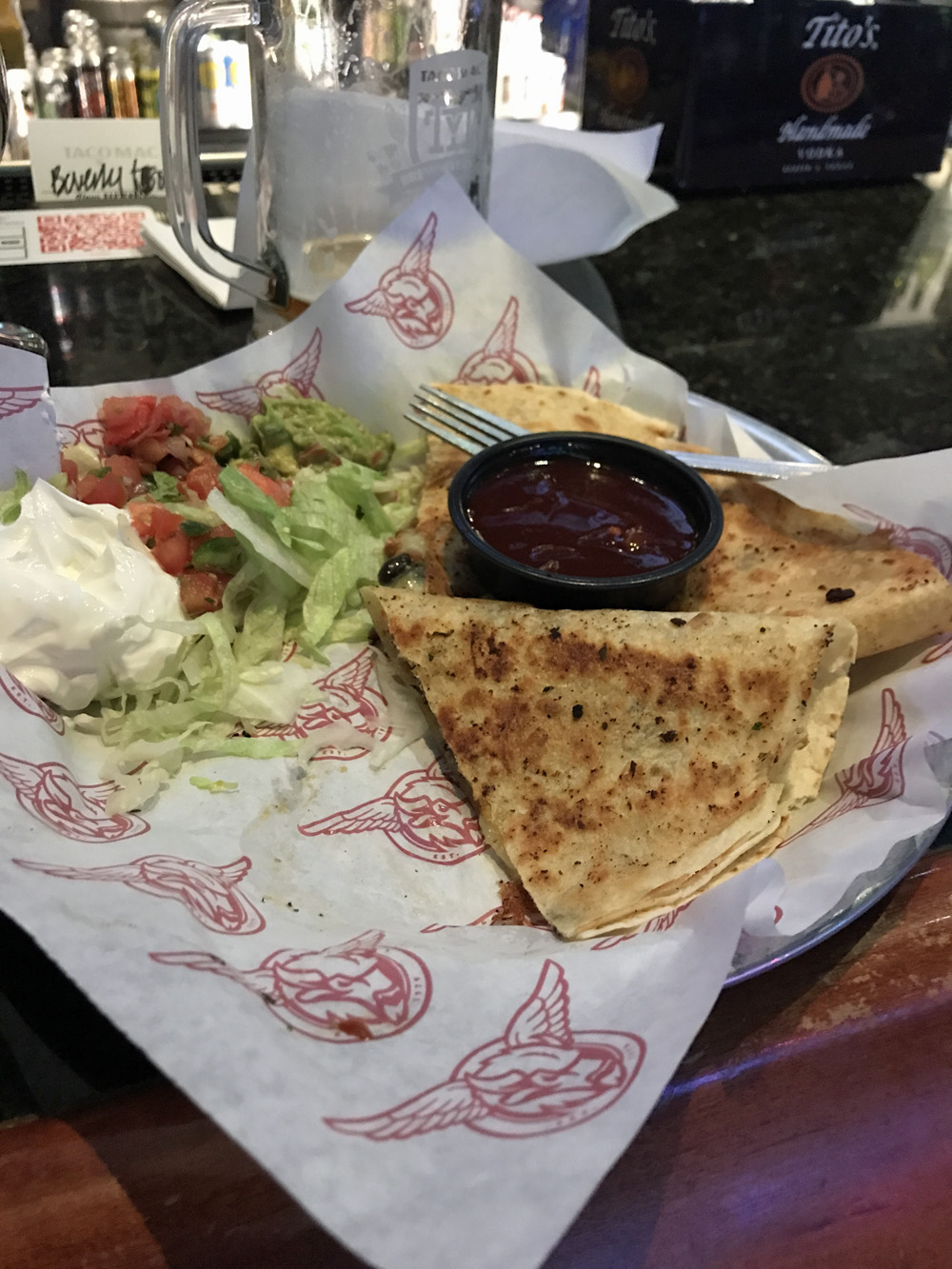 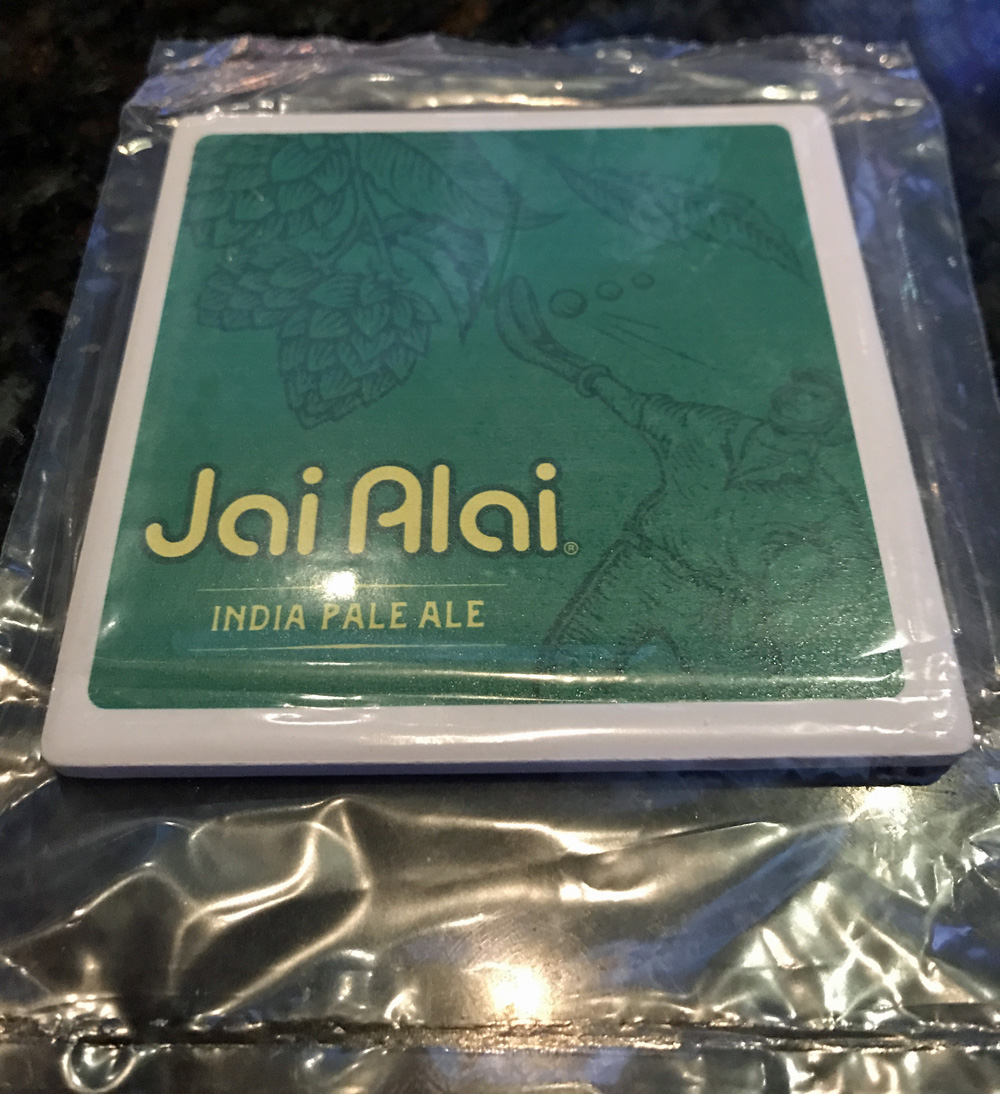 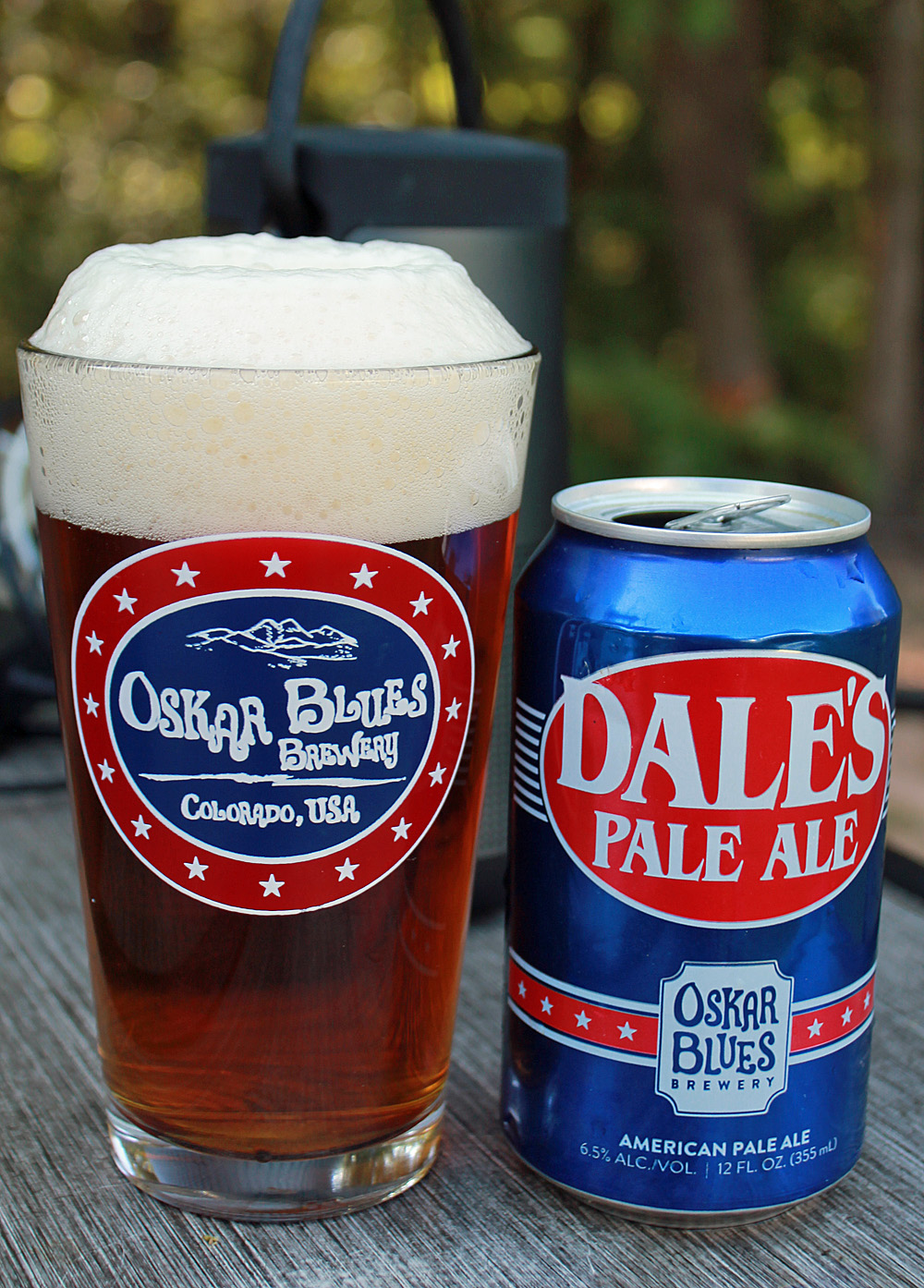