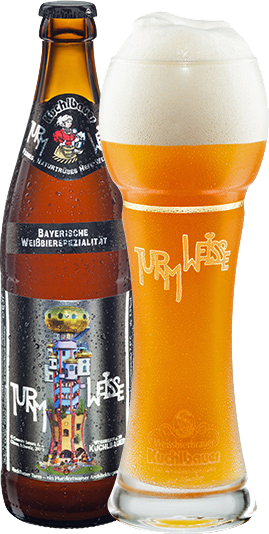 I love German beer more than beer from any other country on Earth, so this was definitely right up my alley. My one criticism of the calendar is there are not enough bocks and doppelbocks (not fair!), but otherwise it’s just an amazing way to sample 24 German beers I’ve never seen before. I get mine at Costco here in Georgia and pay on average $59.95 for the box. That might sound steep, but when you distribute that price over 24 different half liter cans, it only works out to $2.50 per can. Not a bad deal at all looked at that way.

Except that this year, the calendars were a bit more expensive. I found them at Costco earlier than I ever had before, in the first week of September. The prices had gone up by $10, and I shelled out $69.95 for the 2022 edition. That did not phase me in the least, first of all because just about everything has gotten more expensive this year. Then too, the calendars really have not had a price increase in the 7 years I have been buying them (this is my 8th calendar). This year's price of $2.92 per can is still a bargain for beers from small German brewers I might never otherwise get to enjoy.

December 2nd arrived, and what a glorious day it was, for when I opened my Day Two door I found what was to me the most exciting beer in the 2022 calendar: Kuchlbauer Turmweisse! "Turmweisse" is German for "Tower Wheat", and this beer is named thusly because Kuchlbauer has it's own tower! How many breweries have their own tower? Not many that I know of. Brewdog has a hotle, and Dogfish a treehouse AND a hotl, but neither has a tower. Kuchlbauer was already on my radar for their wonderful Aloysius Weizen Doppelbock. Another beer from them was certainly welcome!

On the can label Kuchlbauer says about their tower:

You can read more about the tower here, on the Kuchlbauer website.

As to the beer, it is a Hefeweizen in style, and with this beer the breakdown of styles I have received in these calendars since 2015 is as follows:

Kuchlbauer Turmweisse has an alcohol content of 5.9% by volume according to the can labe. My can is stamped EXP 2024/03.

Kuchlbauer Turm Weisse pours to a cloudy yellow color with a thick rocky head of foam and a nose of tart wheat, banana, and clove. Taking a sip, the beer is medium in body, crackery with wheat and complex with yeast flavors of ripe apple, clove, bubblegum, and banana. Finishes tart and refreshing with wheat.

A very nice example of the style, I think, and one I would drink lots of if I lived in Germany.

I’m greatly enjoying my 8th annual Beer Advent Calendar with the day 2 beer. Here’s looking forward to the remaining 22, and another assortment of 24 in 2023. We’ll be on the lookout next year at Costco, and following the beers on their Facebook page.

The beers of the 2022 Beer Advent Calendar: 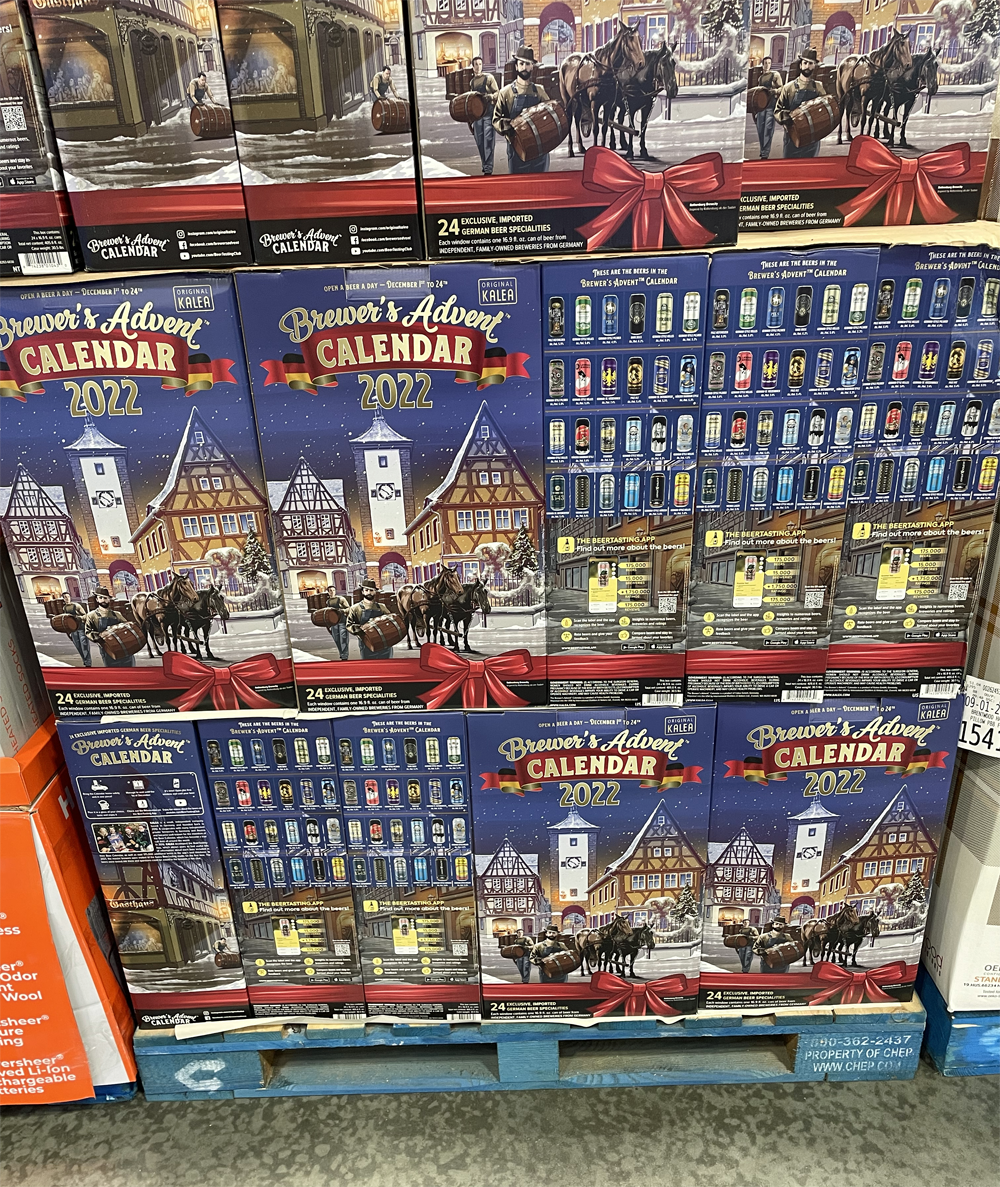 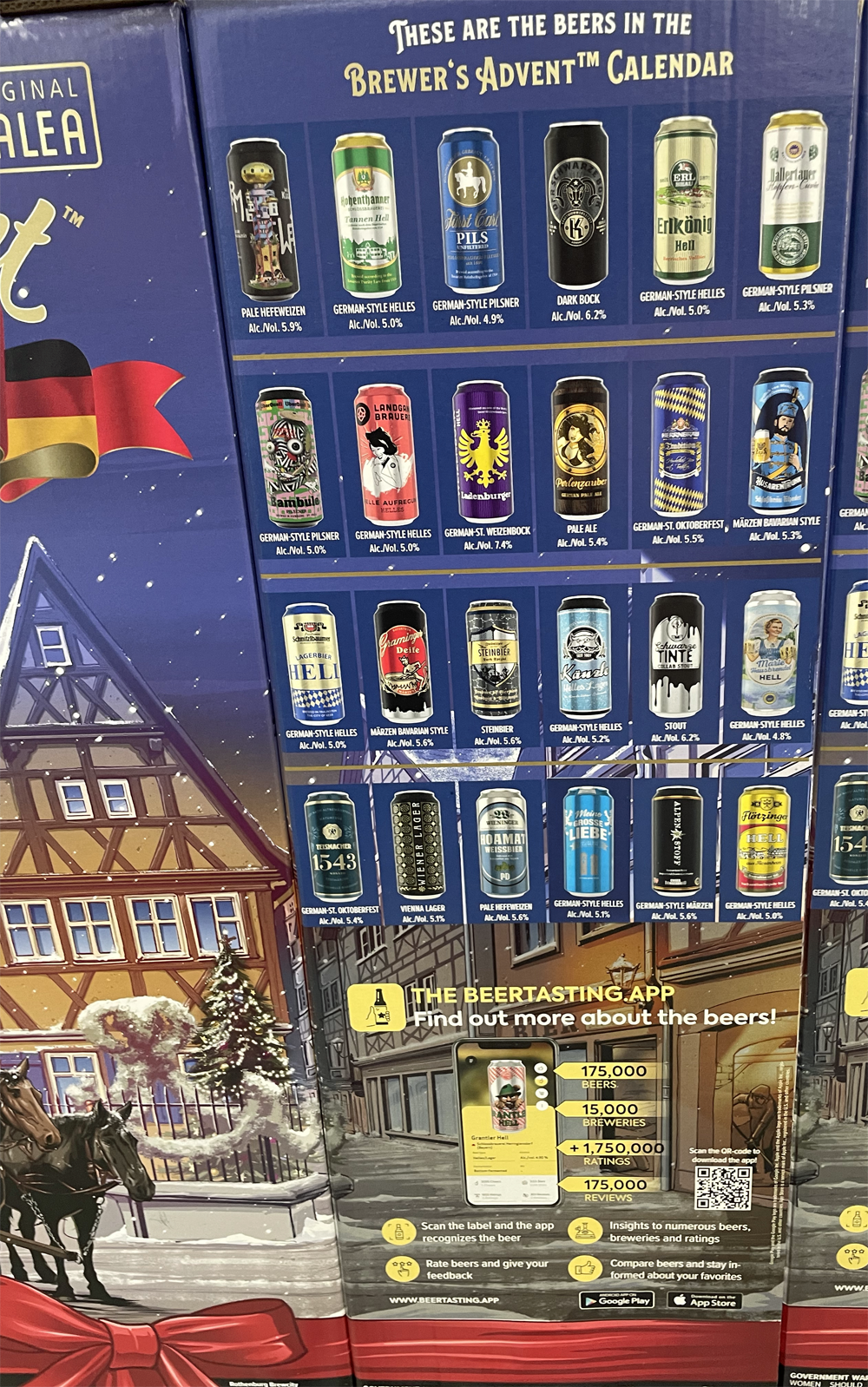 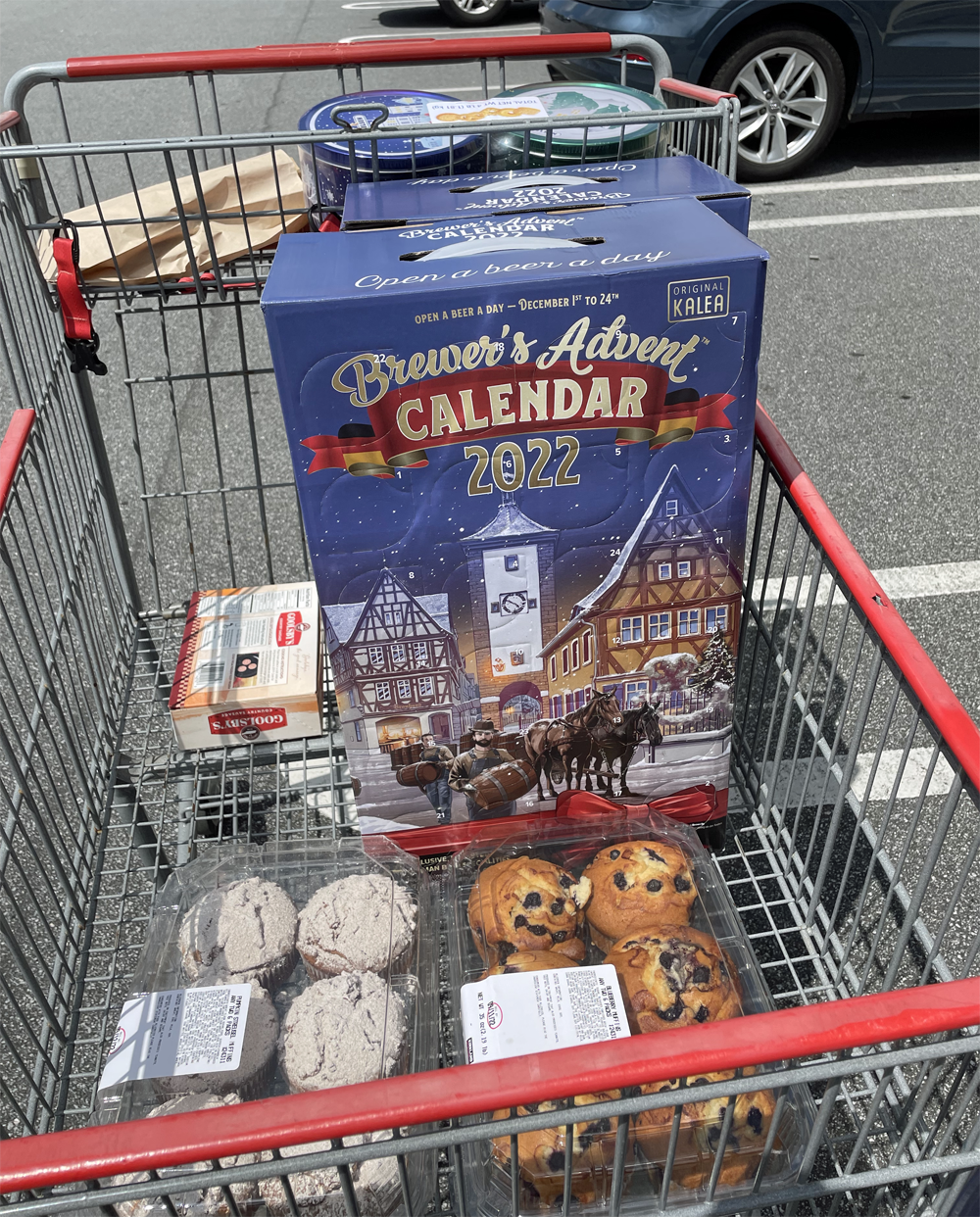 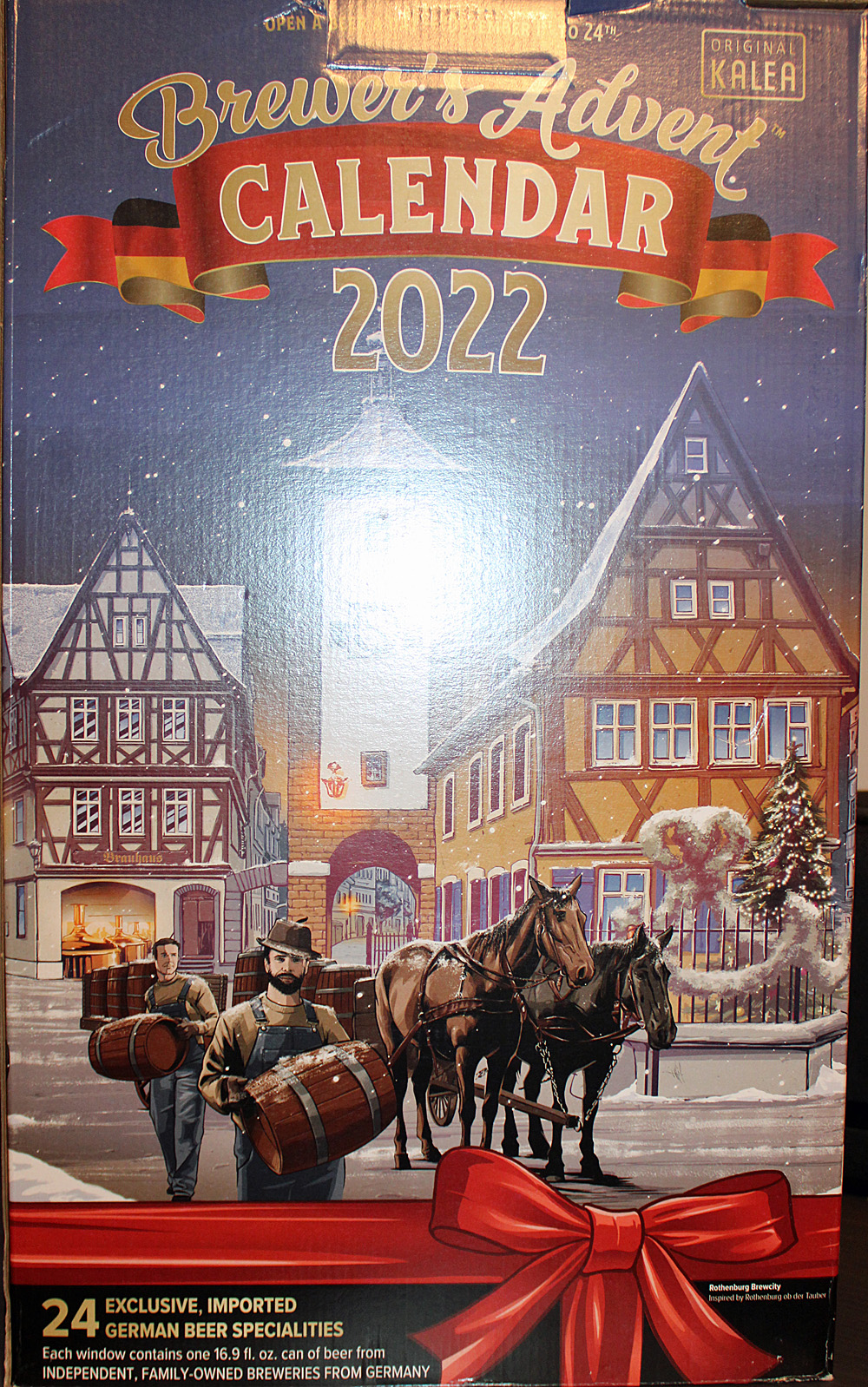 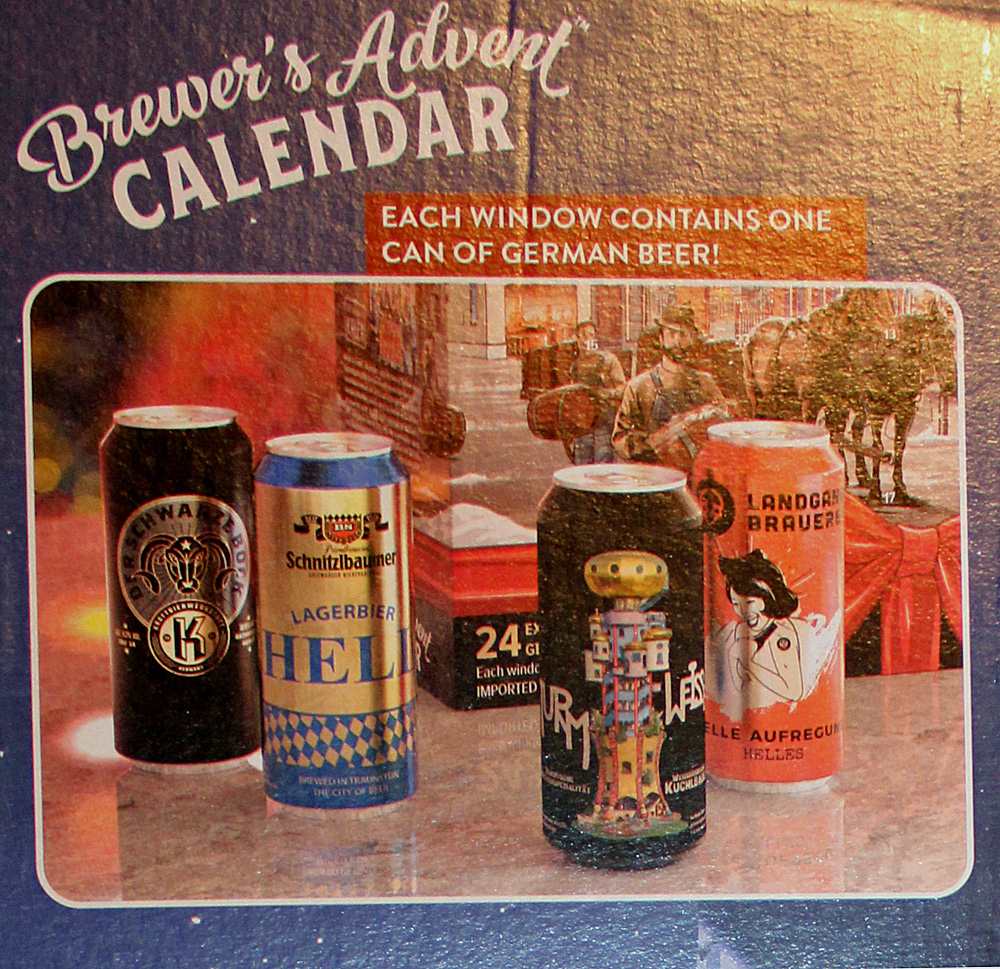 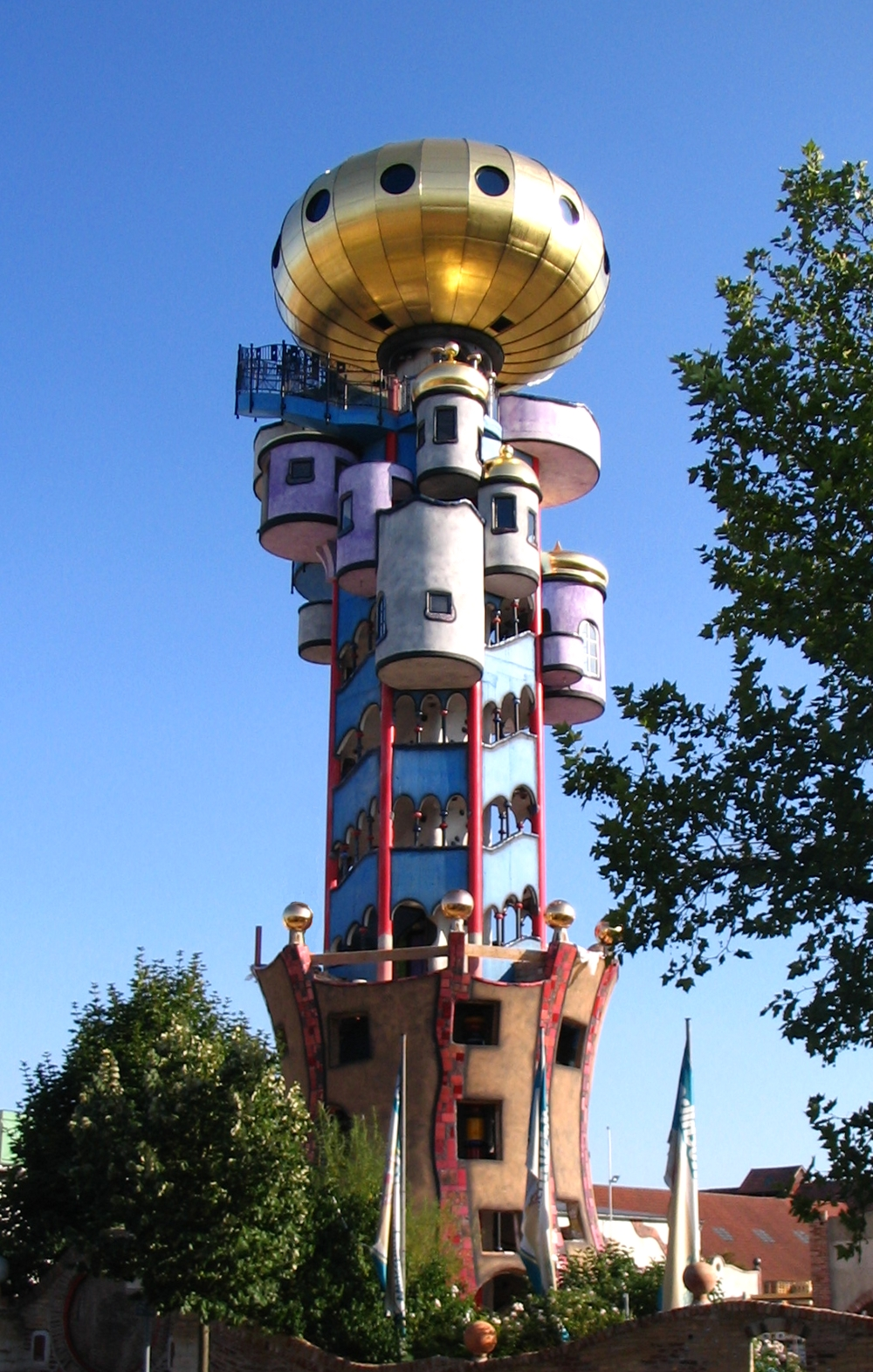 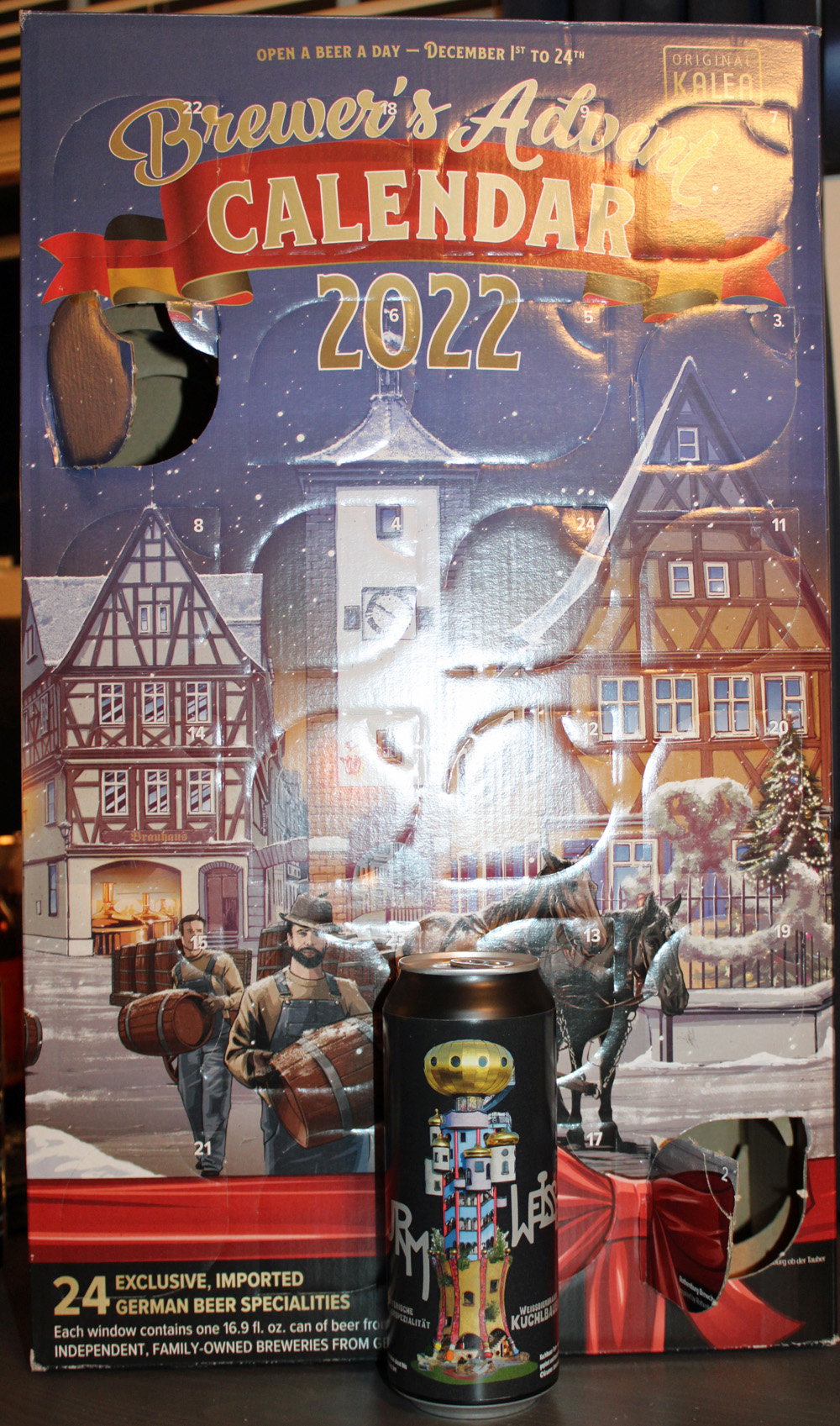 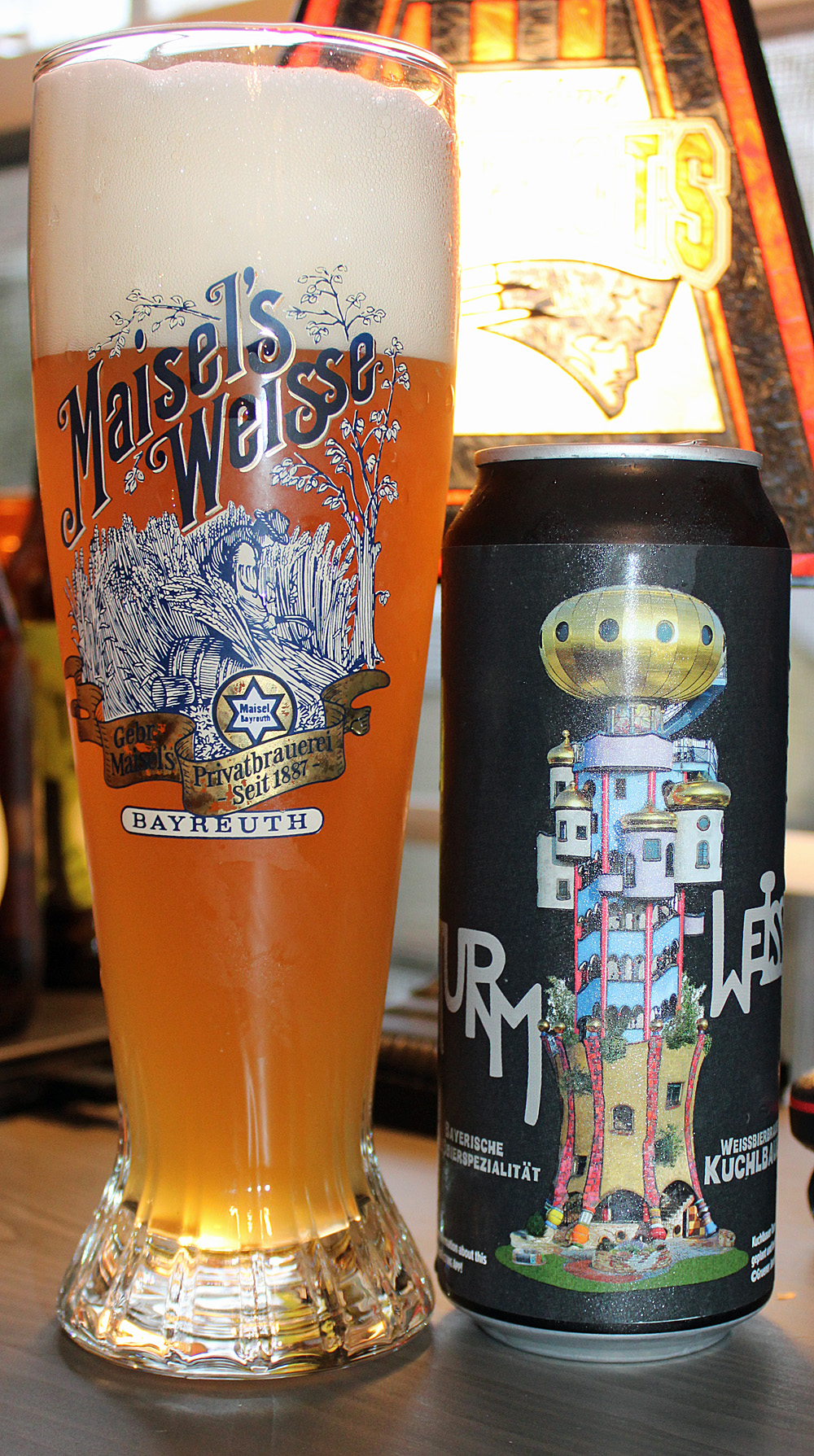