I love German beer more than beer from any other country on Earth, so this was definitely right up my alley. I have managed to get my hands on one of these calendars each year since, and have never been disappointed. Overall, this is an amazing way to sample 24 German beers over 24 days, and I look forward to it every year. For the first three years, I've found these at Costco in Georgia and paid $59.95 for the box. In 2018, though, we were in Spring Hill Tennessee and I saw these on a pallet at the local Costco in mid-October. I grabbed one there to make sure I didn't miss out. They were up $5 to $64.95 (and indeed, when I did see them at the new Costco in Woodstock, Georgia a month later they were the same price). For 2019, I found them earlier than ever (September 26th) and bought one at Costco here in Georgia for $63.95, though curiously they were down to $59.95 on my next visit.

As with many things, 2020 proved to be a challenge for other reasons. Covid ravaged America, and one had to wonder if the 2020 Beer Advent Calendar would make it to America at all. Kalea said it would, so starting in early September, I made a weekly trek to Costco (masked, and practicing social distancing). On September 25th, there they were! I got one for myself, and one for my daughter's boyfriend, which she got him as a Christmas gift. I paid $62.99 and I am glad I did, because within a few weeks they were gone. Grab them when you see them friends!

That might sound steep, but when you distribute that price over 24 different half liter cans, it only works out to $2.62 per can. Not a bad deal at all looked at that way. It certainly does not stop these from selling, as I mentioned, they always go quickly.

For 2020, there are eight new beers in the mix and 16 returning favorites. I do like this, because there are a lot of the beers that I really enjoy, and want to enjoy again. It's like 16 old friends and 8 new ones in the same box. What's better than that?

When I opened the Day 3 door on December 3rd, I spied a new beer from an old favorite brewery: Käuzle German Pilsner Style. In the past few years we have enjoyed Käuzen Brau Käuzle Helles Lager, so it's nice to see another fine beer from this Ochsenfurt, Bavaria brewer. As the Helles did, the can for the pilsner carries the slogan "ein Käuzle unters Schnäuzle" which translates to "a Käuzle (beer) under your snout!".

A trip to the Käuzen Brau website reveals a pilsner listed, though it is slightly stronger than this one at 5% ABV. There is no description of the beer, but the beer tasting app that accompanies the calendar says this:

If you don't speak German, allow me to translate:

Seems like they are telling us the same thing twice, but OK. My can from the Beer Advent Calendar is listed as 4.8% by volume and is stamped EXP 2022/05. The can does say the beer was brewed by Käuzen Brau and is not a contract brew to Egerer as many have been in years past.

Käuzle German Pilsner Style pours to a bright golden color with a large fluffy white head and a crisp fresh biscuity malt nose. Taking a sip, there’s more of that delightful biscuity malt up front, like chewing a handful of freshly kilned malt. A grassy, herbal hop character runs through and becomes quite bitter in the long, dry finish. An excellent pilsner indeed, and a welcome 2nd beer from this brewery.

I’m greatly enjoying my Beer Advent Calendar 2020 with the day 3 beer. Here’s looking forward to the remaining 21, and another assortment of 24 in 2021. We’ll be on the lookout next year at Costco once again! Follow them on their Facebook page.

The beers of the 2020 Beer Advent Calendar: 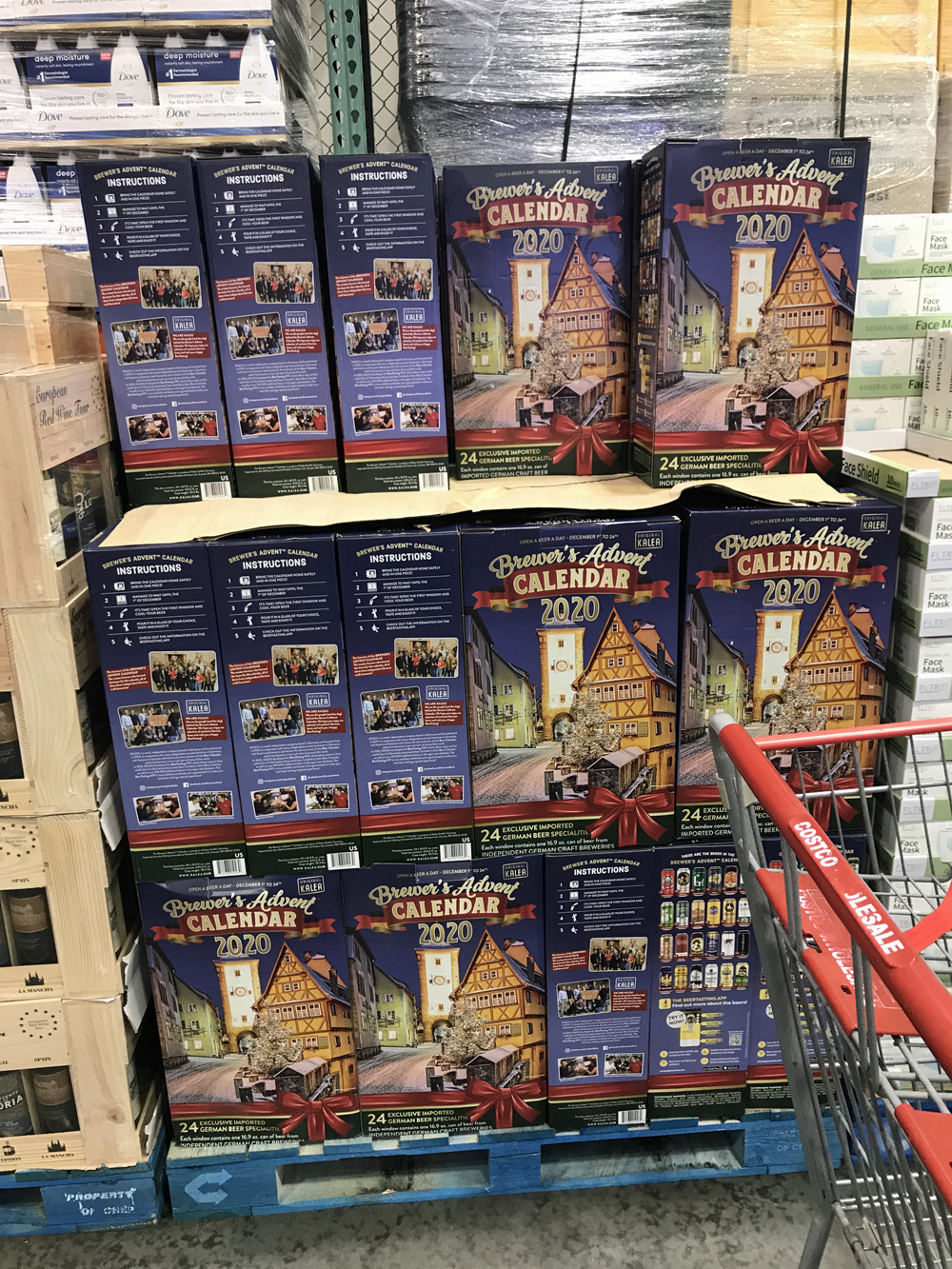 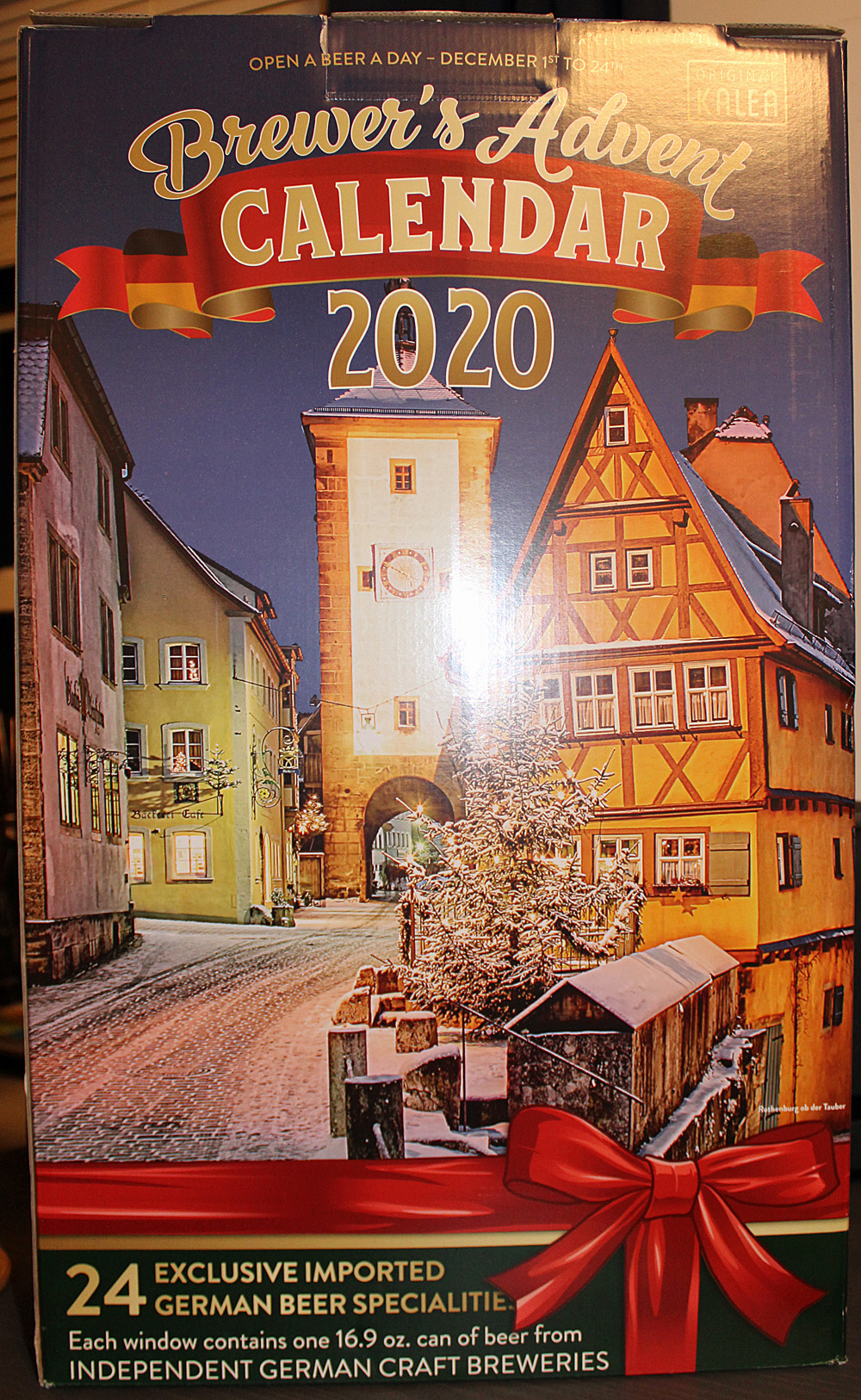 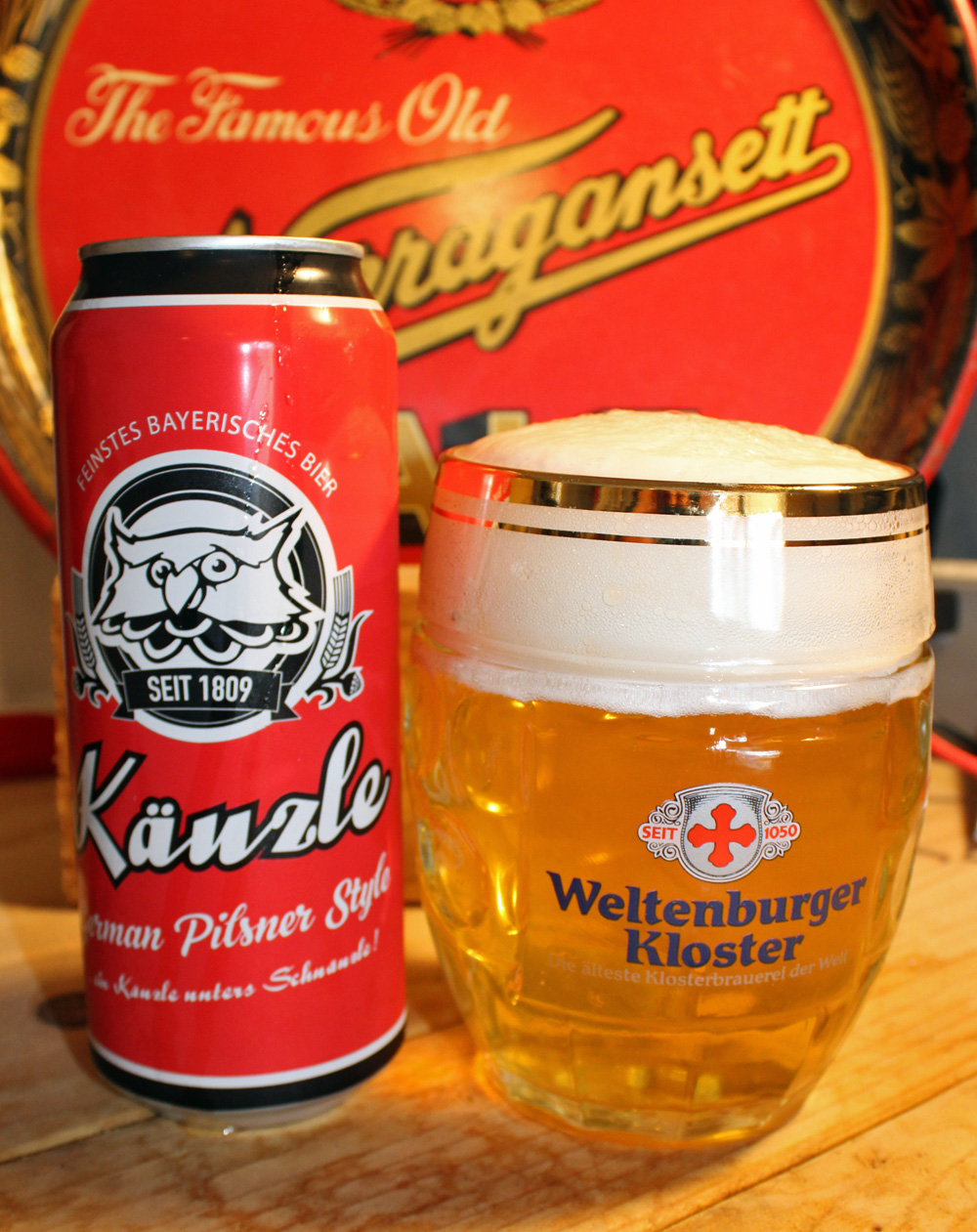