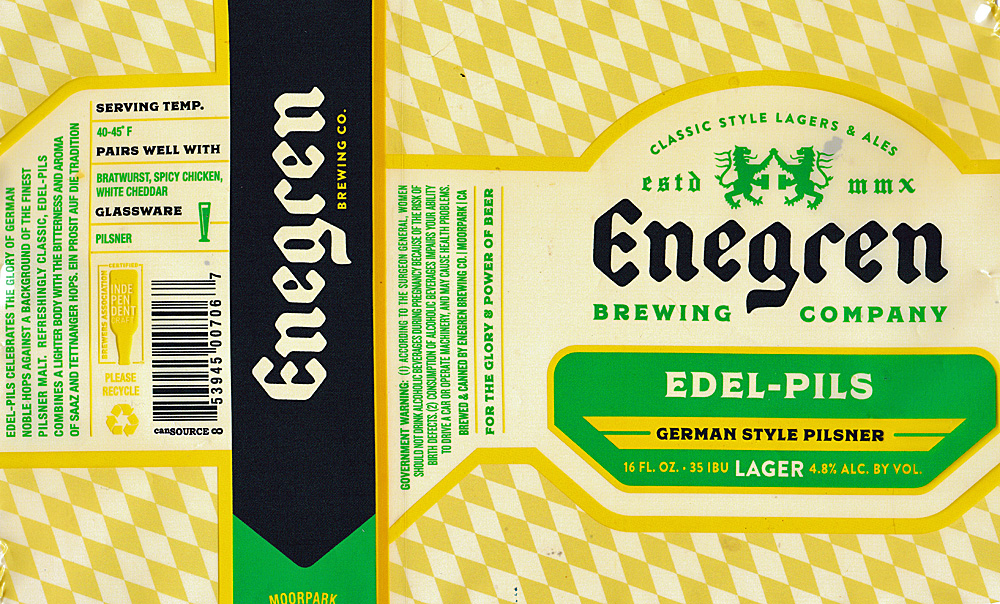 Here’s another chapter in the book of Does Enegren brew anything less than marvelous beer?: Enegren Edel Pils. Truth be told, I think I did have one Enegren beer that was about average for me, but that’s out of a large number of Enegren beers that always are impressive. They excel at German styles, and that’s fine by me. I love German beer more than any other beer in the world.

So, I give you, Enegren Edel Pils. This is a German style pilsner that I simply loved. Such beers are at face value simple, with a sublime marriage of malt and hop in the best examples. Many brewers eschew them because, as lagers, they tie up aging tank space, space they often need for their 50 million IPAs. Not Enegren, though.

And from the label:

Edel-Pils celebrates the glory of German Noble Hops against a background of the finest pilsner malt. Eefreshingly classic, a Edel-Pils combines a lighter body with the bitterness and aroma of Saaz and Tettnanger hops. Ein prosit auf die tradition.

“Edel” is German for noble. Enegren Edel Pils has an alcohol content of 4.8% by volume with 35 IBUs. I paid $3.13 for my can from Craftshack, which I received around August 9th of 2021 and drank on September 6th.

Enegren Edel Pils pours to a pale golden color with a thick, rocky head of foam and an inviting nose of lemon zest and grassy hops. Taking a sip, the beer is medium in body but appropriate to the style, crisp biscuit malty, and wonderfully hoppy with herbal grassy notes and a long dry lingering bitterness.

This is excellent, a well done pilsner that perfectly combines the best of pilsner malt with delightful noble hops. I wish I could get it on a regular basis, but all the same, I am glad I got to try it at least once. 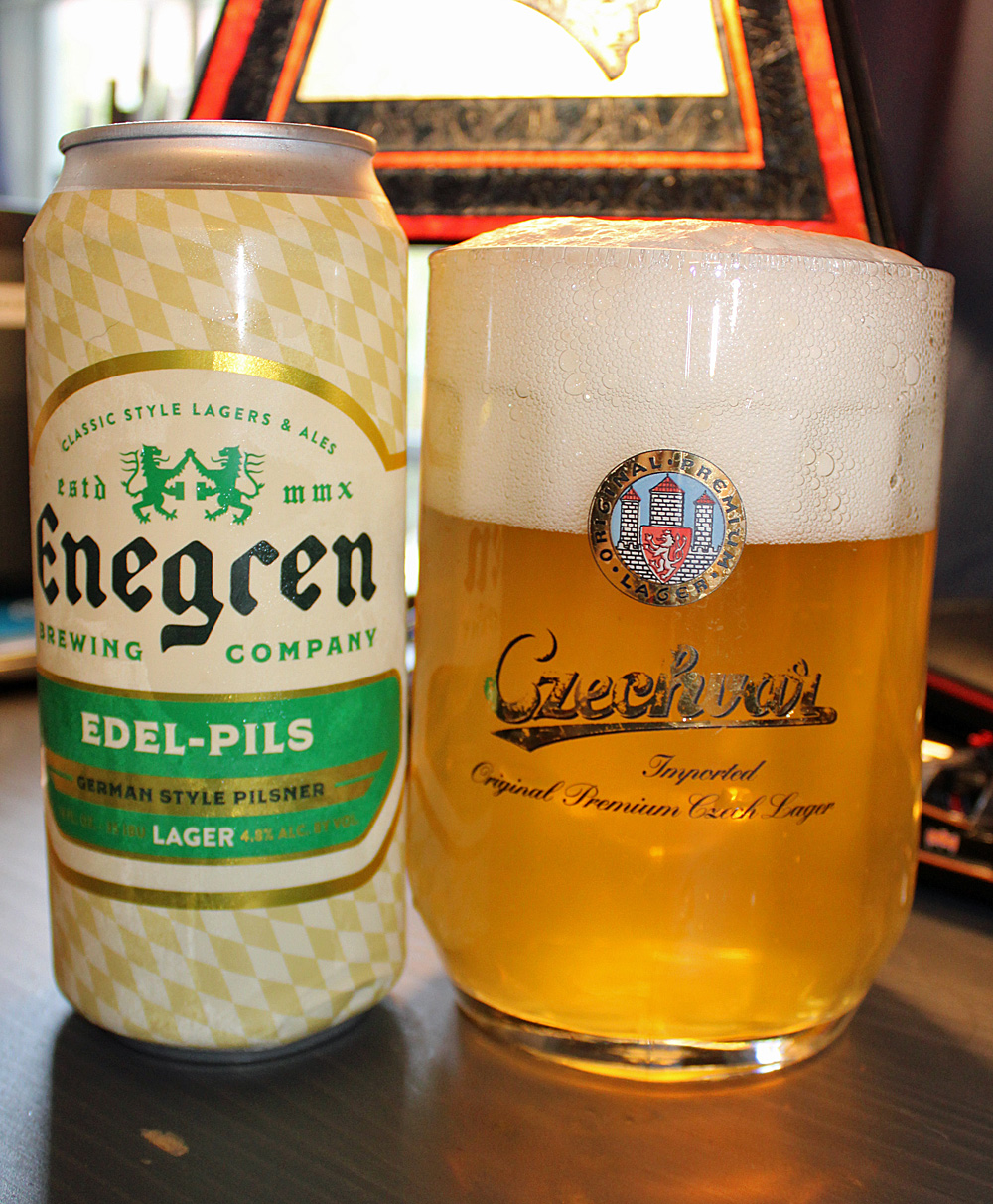