I love German beer more than beer from any other country on Earth, so this was definitely right up my alley. My one criticism of the calendar is there are no bocks or doppelbocks (not fair!), but otherwise it’s just an amazing way to sample 24 German beers I’ve never seen before. I got mine a Costco here in Georgia and paid $59.95 for the box. That might sound steep, but when you distribute that price over 24 different half liter cans, it only works out to $2.50 per can. Not a bad deal at all looked at that way.

Today is Day 13 of the German Beer Advent Calendar and we're working non the second half of our 24 can selection. Currently, that means Barbarossa Pilsener contract brewed for the Barbarossa Brauerei by Egerer. Egerer has done the past few beers in the calendar under license from smaller breweries. One problem here is that there are several Barbarossa breweries in Germany, though the importer says this beer is brewed for Barbarossa Brauhaus Schollkrippen, though they don't seem as old as the 1897 date on the can.

The beer is named for the Holy Roman Emperor Frederick I, called Barbarossa (red beard) for his, well, red beard. If you ask me, this would be a better name for a Roggen or Marzen, but obviously nobody asked me.

Barbarossa Pilsener pours to a pale yellow color with a towering pillowy head and a soft biscuit malt nose. A fine layer of Brussels lace clings to the sides of my glass and follows the liquid all the way to the bottom. Taking a sip the beer has a crisp biscuit malt palate and a dry very grassy long dry lingering bitterness. Barbarossa is uncomplicated to be sure but but beautiful in its malt and hop purity.

I’m greatly enjoying my Beer Advent Calendar with the day 13 beer. Here’s looking forward to the remaining 11, and another assortment of 24 in 2016. We’ll be on the lookout next year at Costco, and following the beers on their Facebook page.

The beers of the 2015 Beer Advent Calendar: 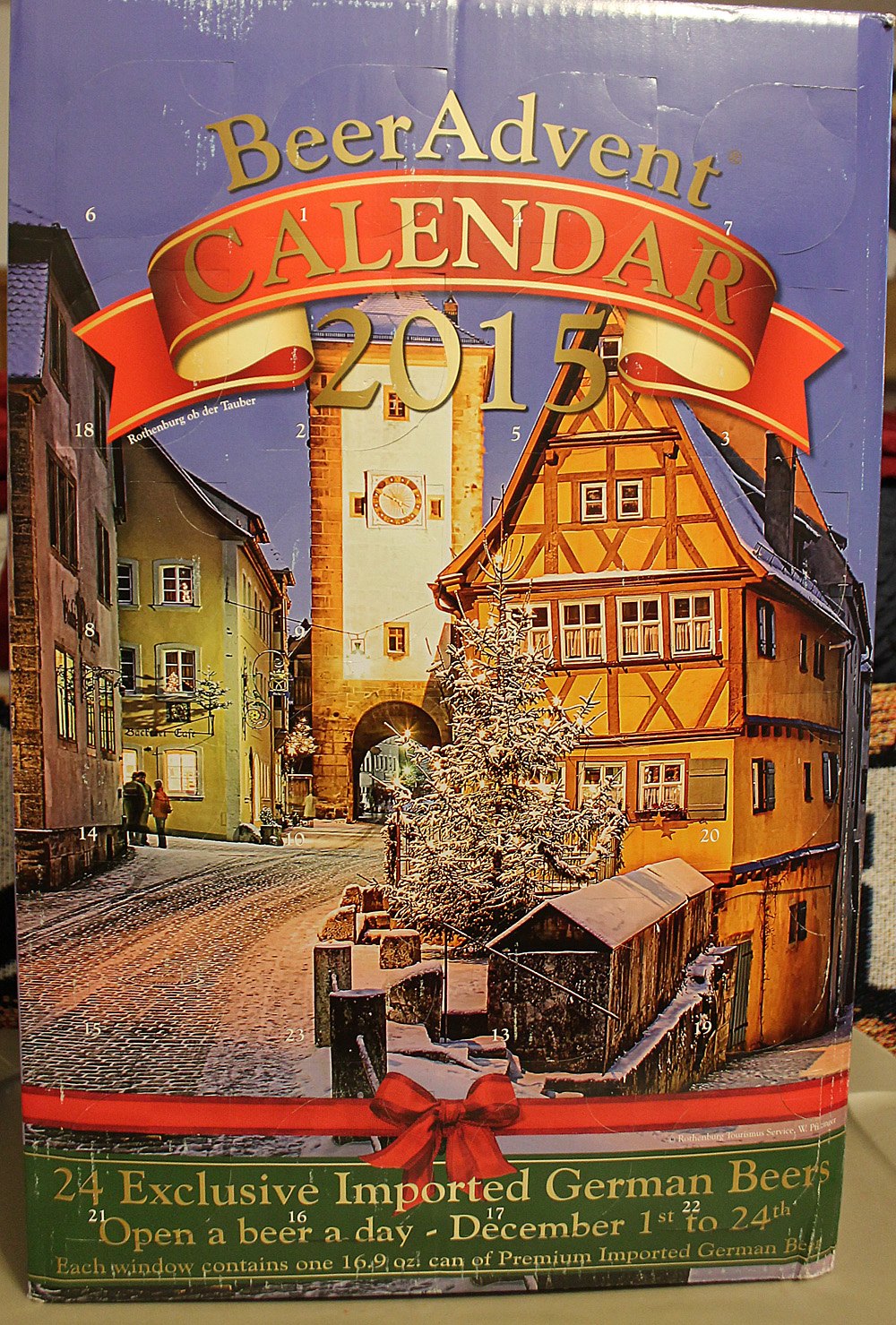 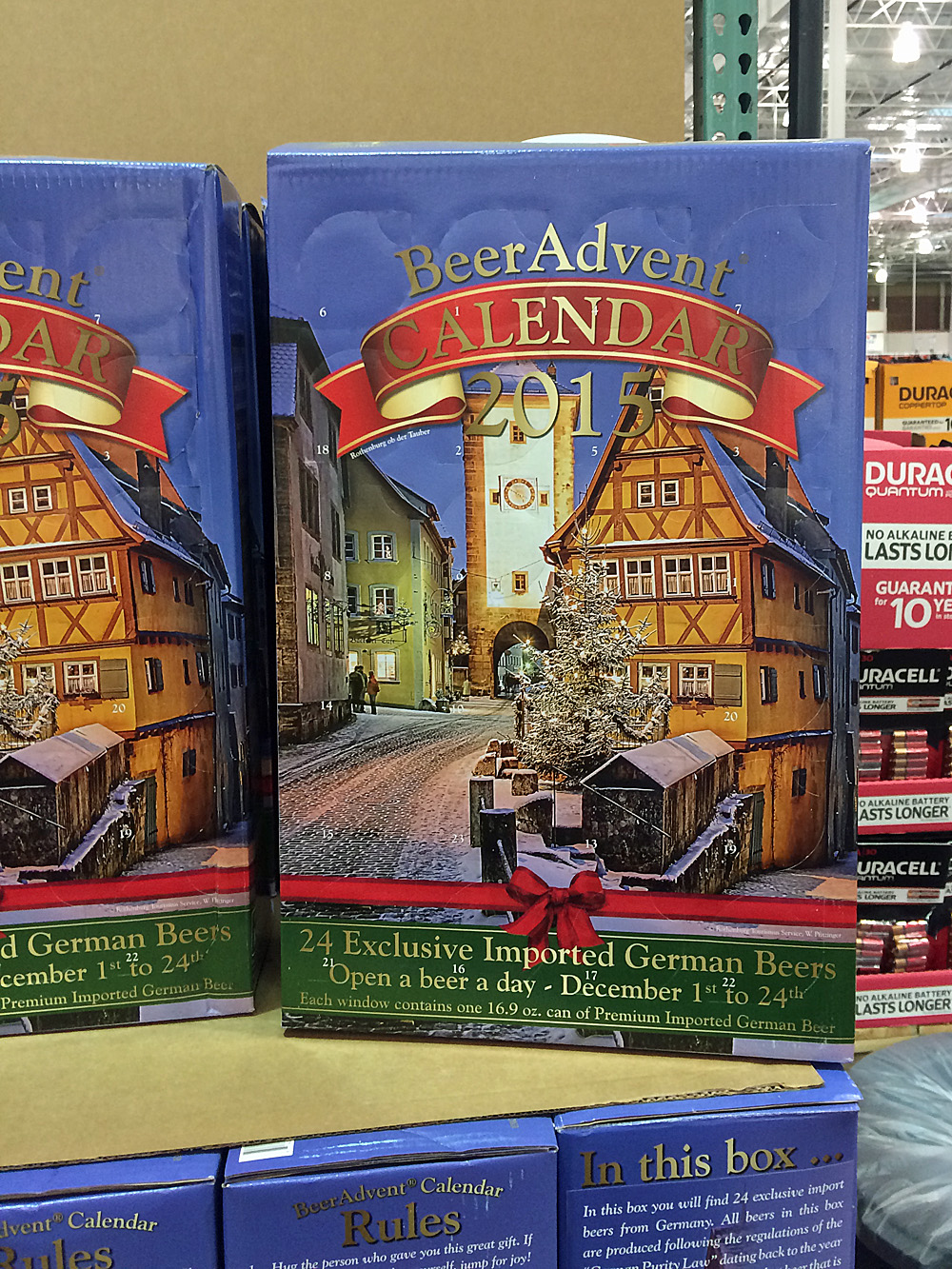 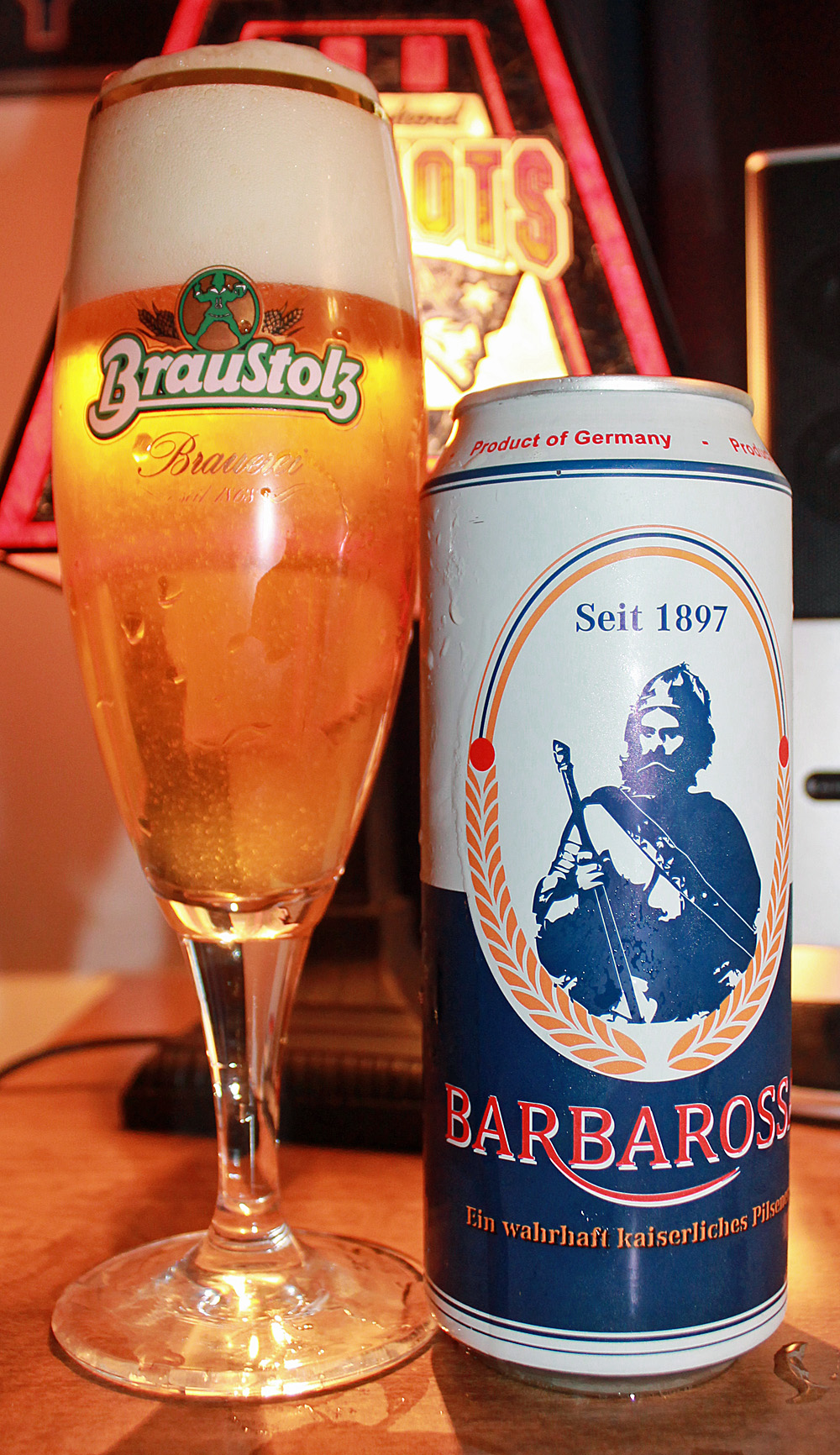