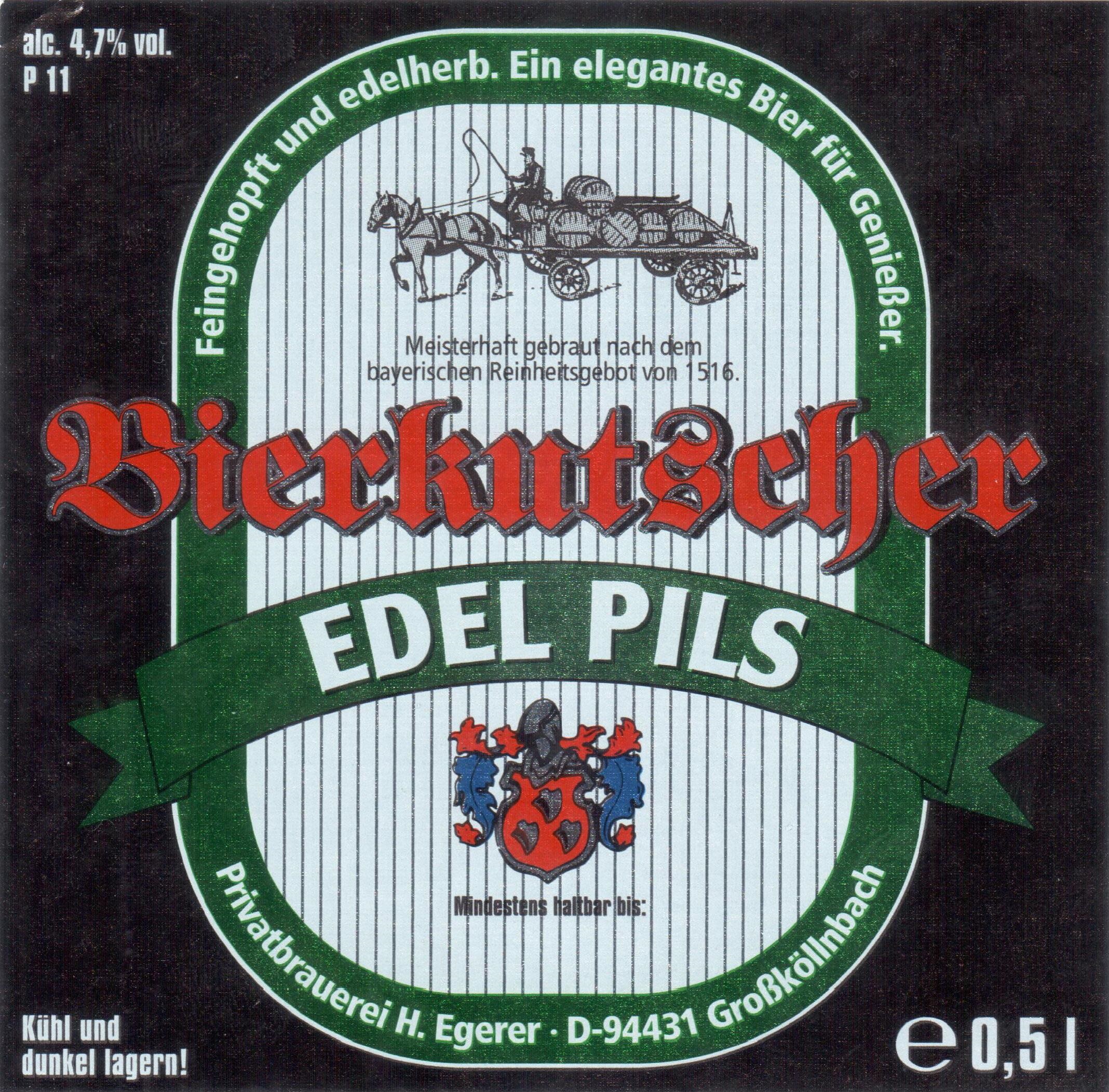 I love German beer more than beer from any other country on Earth, so this was definitely right up my alley. Knowing this, my wife got me another for 2016. I told you I was lucky! Last year, my one criticism of the calendar was there were no bocks or doppelbocks (not fair!), but otherwise it was just an amazing way to sample 24 German beers I had never seen before. I got mine a Costco here in Georgia and paid $59.95 for the box, and it was running the same price for 2016. That might sound steep, but when you distribute that price over 24 different half liter cans, it only works out to $2.50 per can. Not a bad deal at all looked at that way.

I enjoyed several of these beers in December of 2015, but saved a lot of them for 2016, the “Year of German Beer” if you will. I call it that because 2016 marked the 500th Anniversary of the Reinheitsgebot, or Bavarian beer purity law. The 2016 calendar acknowledges this:

The Reinheitsgebot is the world’s oldest regulation for food. The Bavarian order of 1516 was introduced in part to prevent price competition with bakers for wheat and rye. The restriction of grains to barley was meant to ensure the availability of affordable bread, as wheat and rye were reserved for use by bakers. The text of the 1516 Bavarian law is as follows “…Furthermore, we wish to emphasize that in future in all cities, markets and in the country, the only ingredients used for the brewing of beer must be barley, hops, and water. Whosoever knowingly disregards or transgresses upon this ordinance, shall be punished by the court authorities confiscating such barrels of beer, without fail…”.

To this day, all beer produced in Germany is complying with these regulations!

It’s important to note too that the Reinheitsgebot was also very much intended to keep suspect ingredients from being used to brew beer.

For 2016, there are a few differences in the beer advent calendar. This year, it’s labeled as the “Brewer’s Advent Calendar” and has no year on it. Last year, it was called the “Beer Advent Calendar 2015”. Most of the beers are actually the same, although there are a few new ones. There are reports again as with last year that not all of the calendars have the same beers for the same days. So don’t panic if yours are in a different order.

Opening the Day 11 box revealed Bierkutscher Edel Pils, contract brewed by Egerer for Bierkutscher Getranke. Bierkutscher has a website but it is under construction and no information is readily available about them. Note: This was the Day 21 beer in the 2015 calendar.

Bierkutscher Edel Pils pours to a pale golden color with a thick fluffy head of foam and a lovely fresh malt nose laced with perfumey hops. A thick layer of Brussels Lace froms on the sides of my glass and follows the liquid all the way to the bottom.  Taking a sip, the beer has a crisp, biscuity malt backbone, bready even, followed by glorious herbal grassy hops and a very long and dry bitter hop finish. This is an excellent German pils that really displays wonderfully the two prime ingredients of beer, malt and hops.

I’m greatly enjoying my Beer Advent Calendar 2016 with the day 11 beer. Here’s looking forward to the remaining 10, and another assortment of 24 in 2017. We’ll be on the lookout next year at Costco once again! Follow them on their Facebook page.

The beers of the 2016 Beer Advent Calendar:

Update 12/16/2018: Bierkutscher Edel Pils is back in the 2018 Beer Advent calendar, this time is Egerer Edel Pils. Egerer Edel Pils pours to a bright golden color with a thick foamy head and a crisp malty nose with a bitter hop twang. Taking a sip, the beer bursts with fresh biscuity malt, like chewing a handful of fresh malt. Grassy, herbal, earthy hops deliver aroma and It all ends with a very, very sharp lingering bitterness. Wonderful! 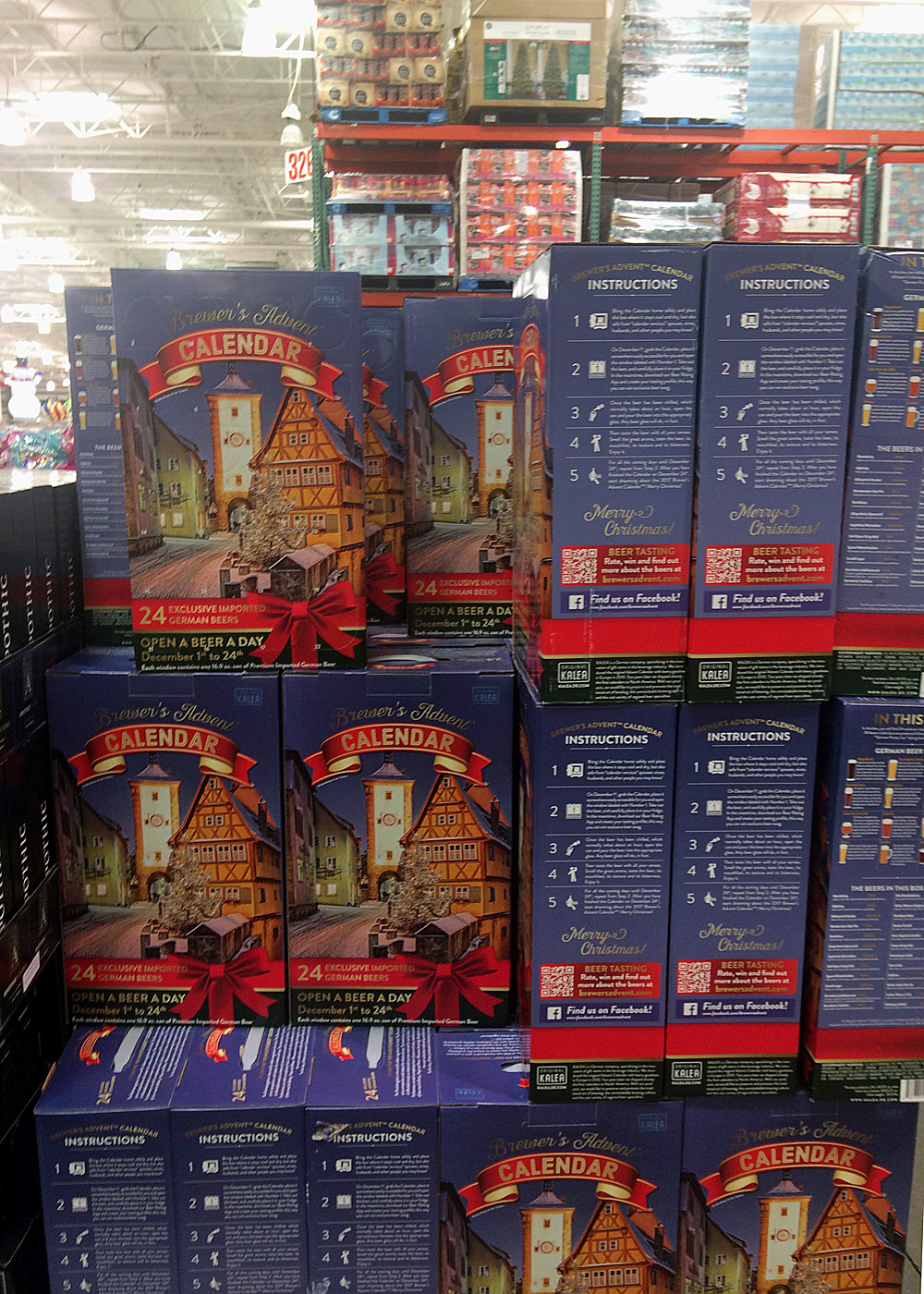 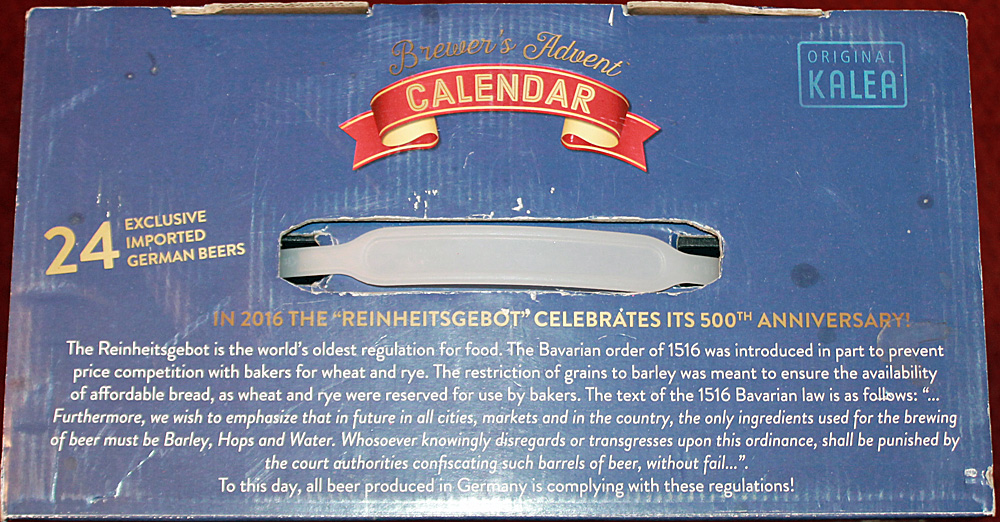 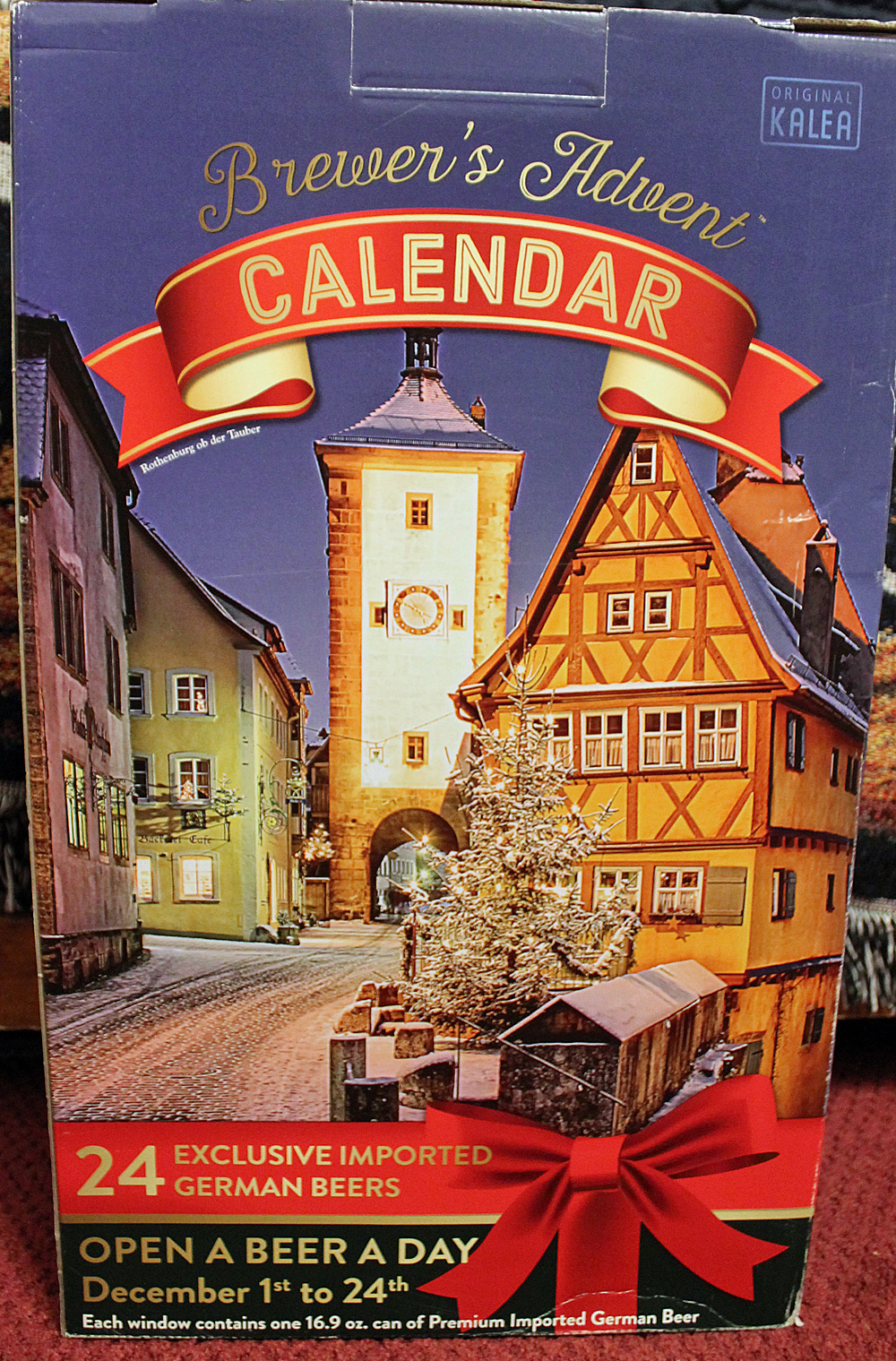 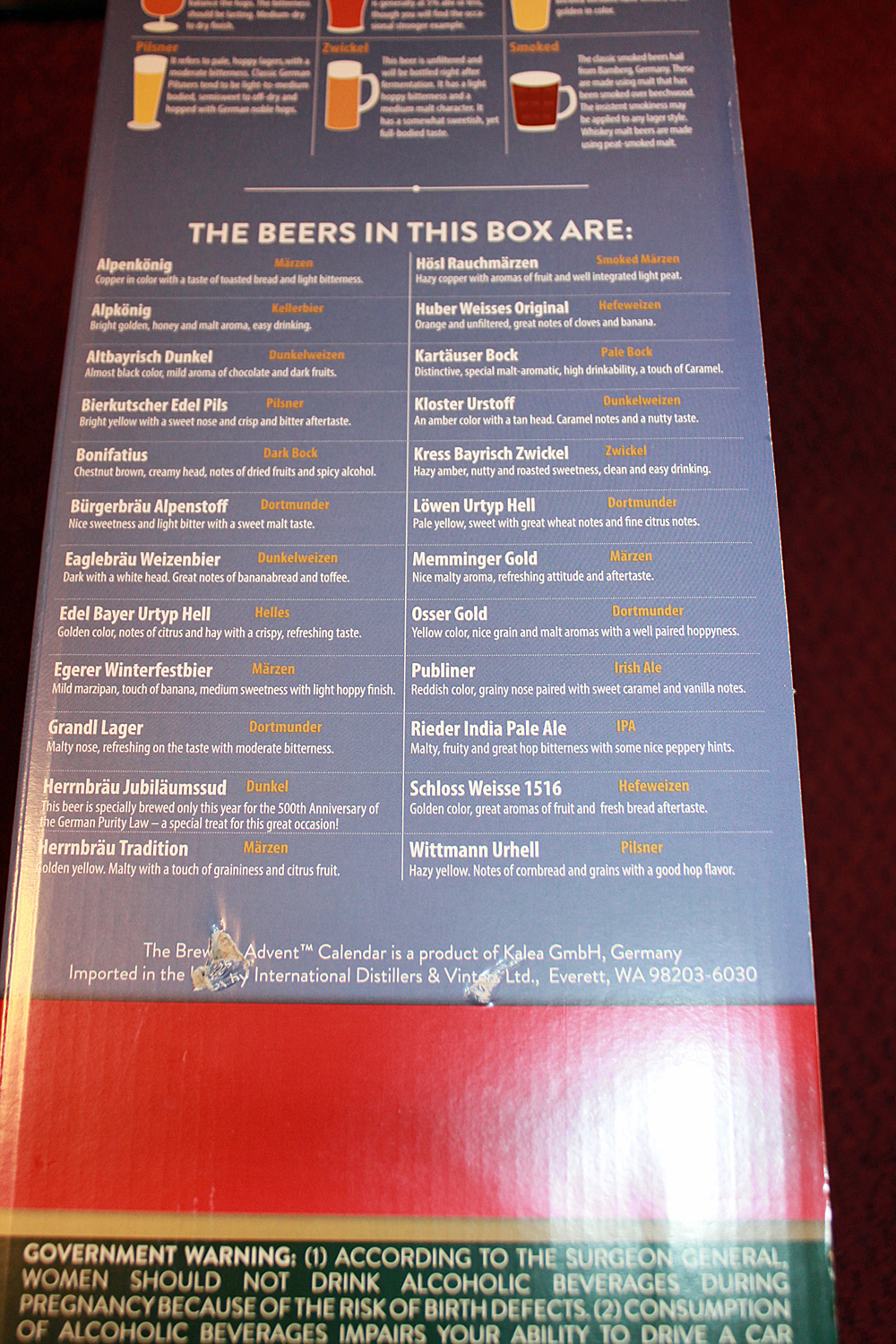 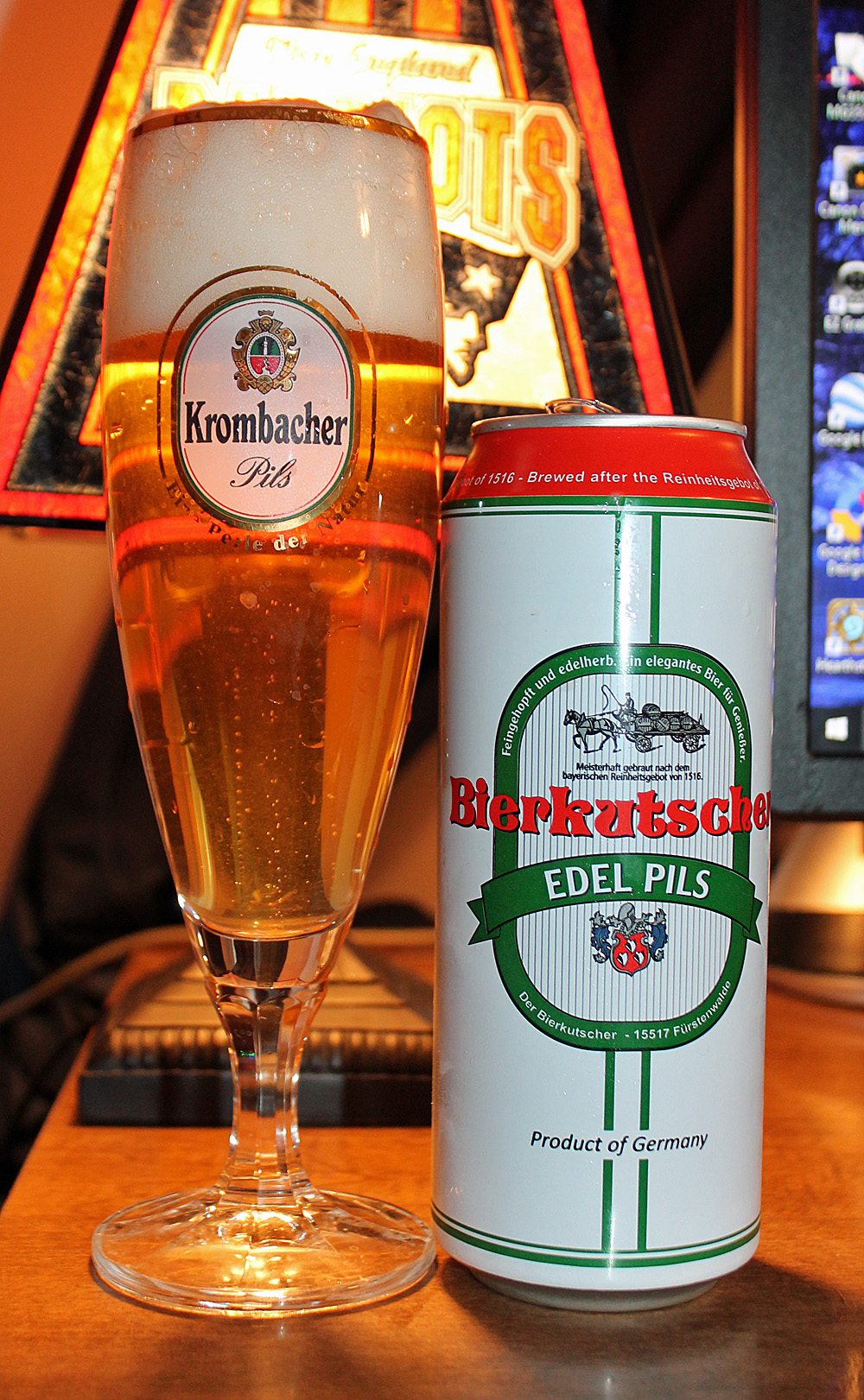 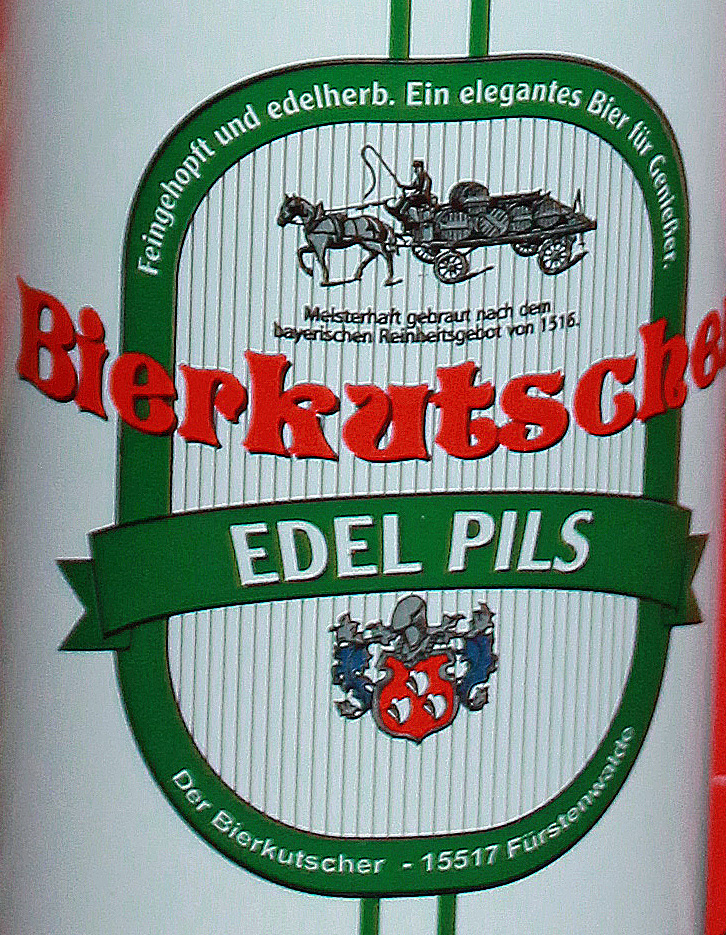 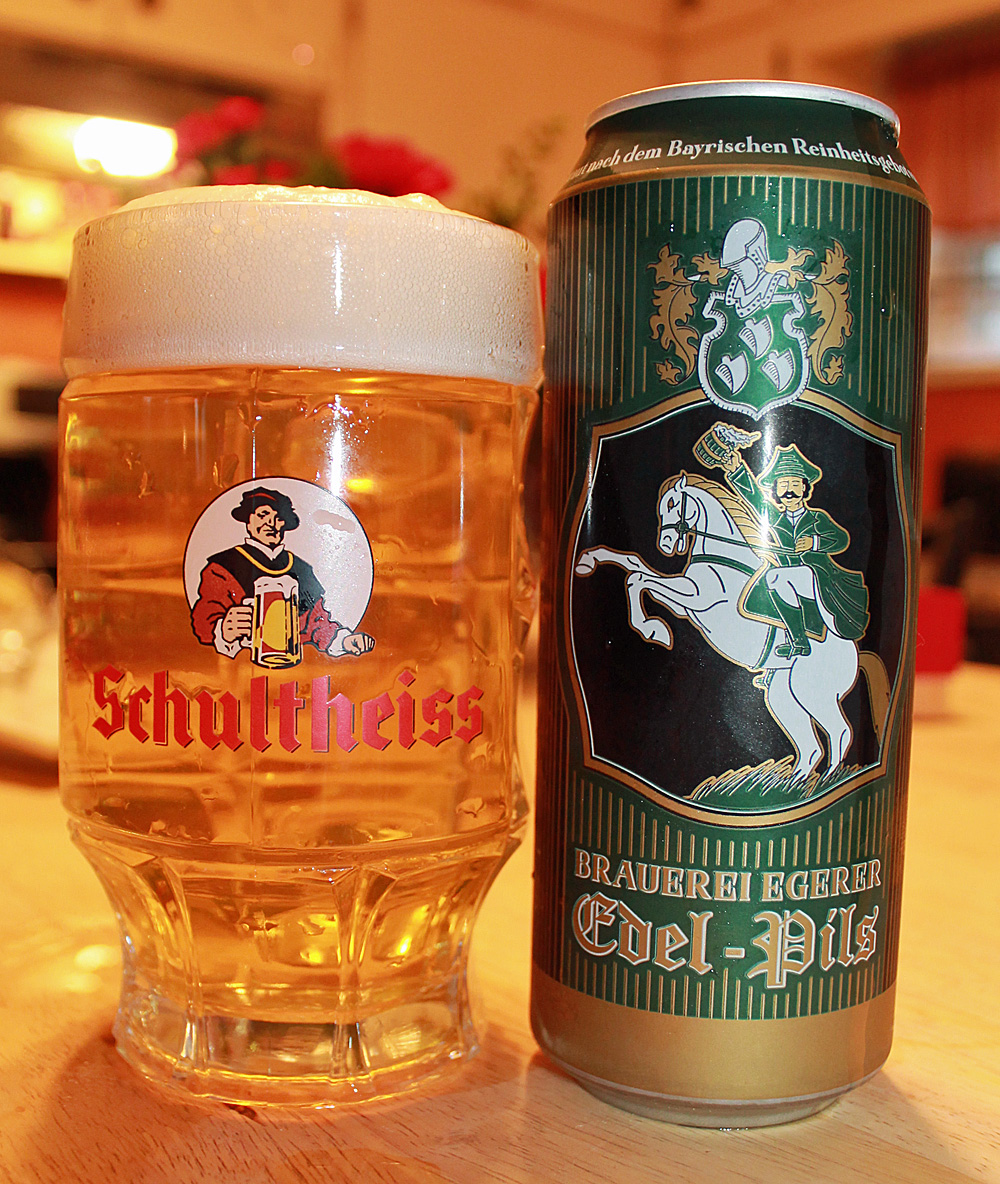