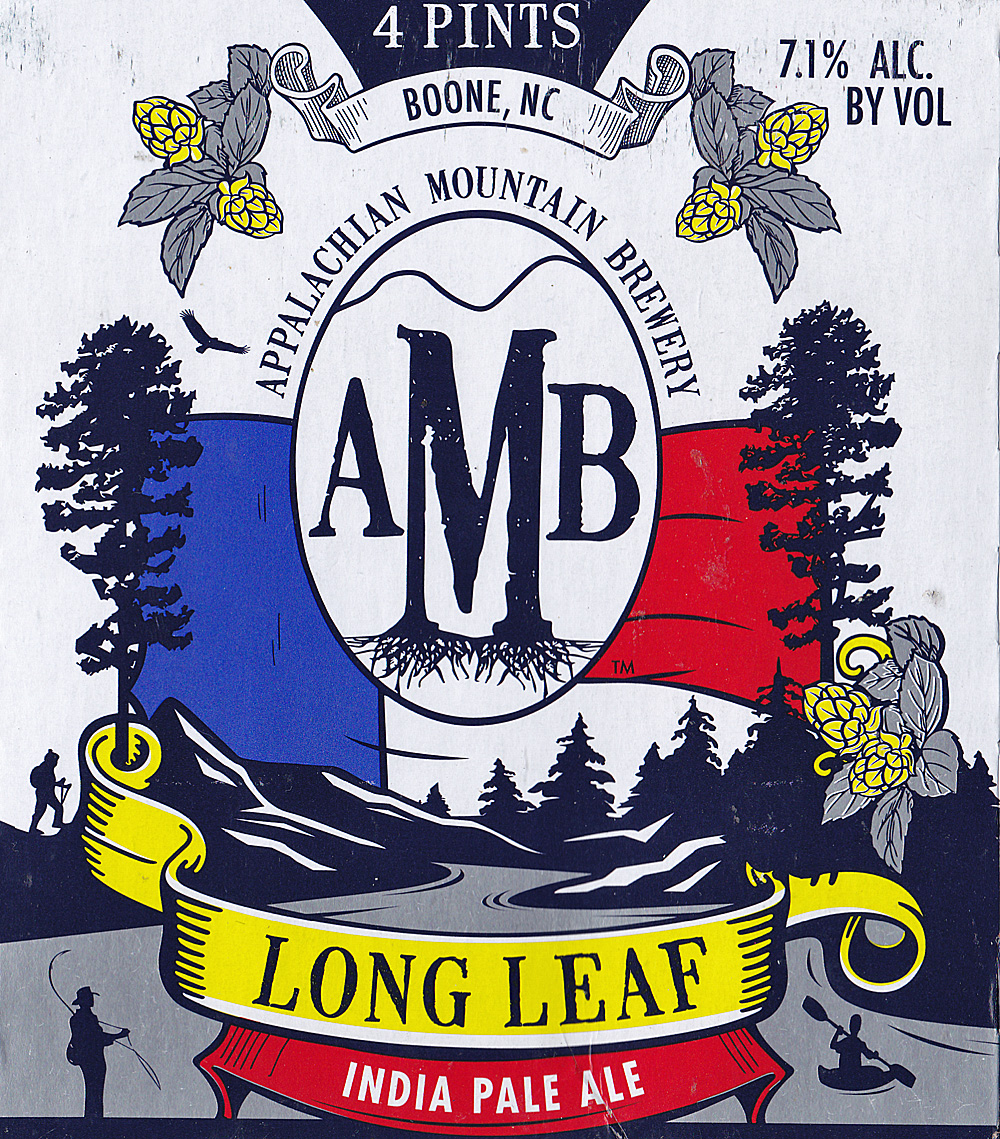 Here’s the thing. With the explosive popularity of craft beer in America, it’s gotten to the point where keeping up with all of the burgeoning breweries out there is a full-time job. So, try as I might to hit every brewery that I can, I can’t. After all, I have a full time job just to pay the bills for my part-time hobby of drinking craft beer.

Fortunately, although I can’t possibly visit as many breweries as I like, the boom times for beer lovers are also making it easier to find craft beer in more and more places. I was thinking of this as I sipped a pint of Appalachian Mountain Brewing Long Leaf IPA at Harrah’s Cherokee Casino the other day. Upon arrival, I hadn’t expected much in the way of craft beer here, as prior visits hadn’t really yielded any.

This time, though, I found more than a half dozen craft drafts, and enjoyed 5 different beers from 5 different local breweries. I’d never had a beer from Appalachian Mountain before. The brewery is located in Boone, North Carolina, about 160 miles from Cherokee and 100 from Beer City USA (Asheville).

The brewery says this about the beer on their website:

Taking its name from the toast of the Old North State, this amber IPA cheers with a white head, citrus aroma, and an intense, resins hop flavor that will linger on your palate.

Appalachian Mountain Long Leaf IPA has an alcohol content of 7.1% by volume with 74 IBUs. I paid $6 for a pint at the casino. The beer is also sold in cans, though I didn’t see any in my travels (else I would surely have bought some).

Appalachian Mountain Long Leaf IPA pours to a rich orange amber color with a minimal head formation and a big resiny pine aroma in the nose. Taking a sip, the beer has thick chewy caramel malt up front followed by a massive hit of sticky pine tar resin and a long dry intense bitter finish.

This beer is like a walk through the Carolina pines, if you stopped to squeeze the resin out of a pine tree into a glass and drank it. It’s so full of piney resin in the aroma and palate (and so well balanced with malt) that I’ll give it a full 5 stars (except that given the venue I’m drinking it at maybe that should be 777). It was tied with Hi-Wire Contortionist Black IPA as best beer I tasted while visiting Harrah’s, and indeed pretty much phenomenal beers all around.

Appalachian Mountain Brewing Long Leaf IPA may be hard to find, but if you have the chance to try it, you would be simply insane not to do so. I may not have struck it rich at the casino on this visit, but I sure hit the jackpot when I found this beer here.

Update 7/22/2018: On vacation in Western North Carolina I scored twice with Long Leaf IPA, picking up a 4-pack of pint cans in Cherokee for $9.99 and a 6-pack of 12-ounce cans for a bargain basement $7.99 at Ingles. It's as good as I remember it, malty, resiny piney, and citrusy with wonderful grapefruit flavor and aroma. Now I'm home drinking it again, and I can't get enough of it. 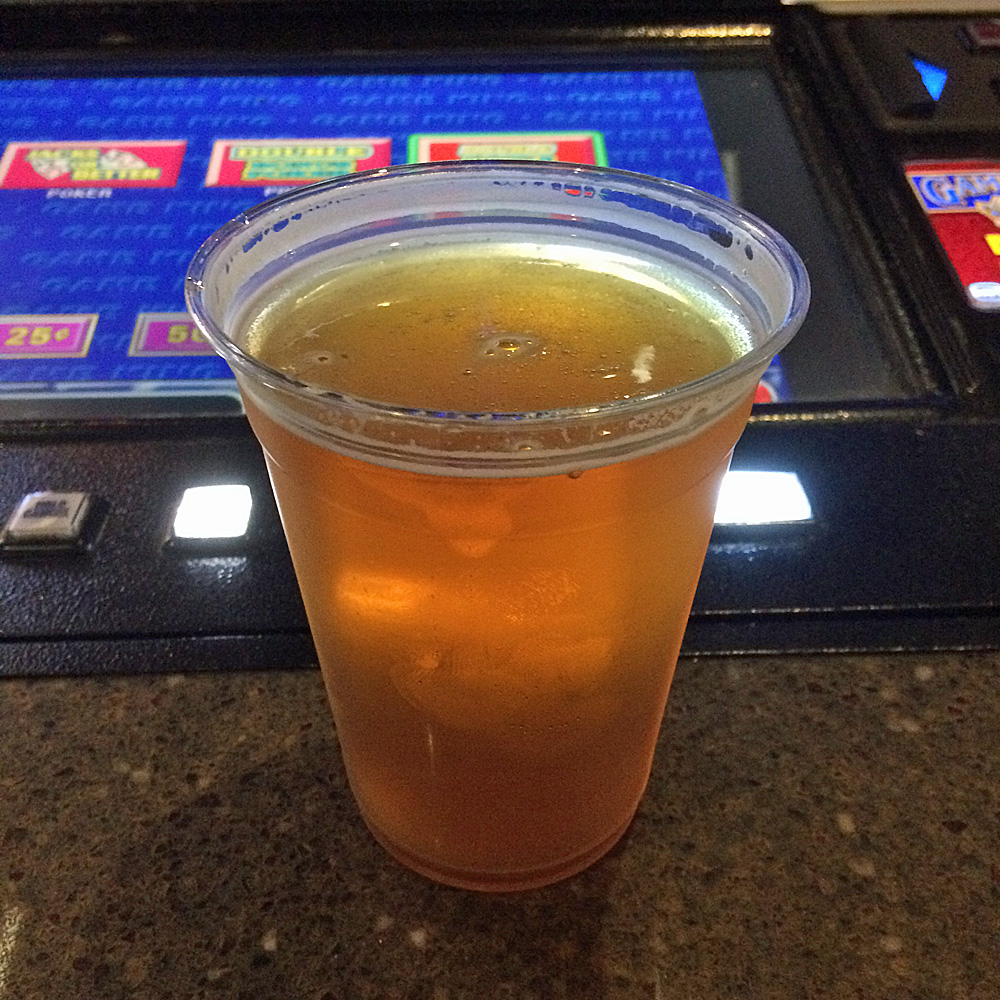 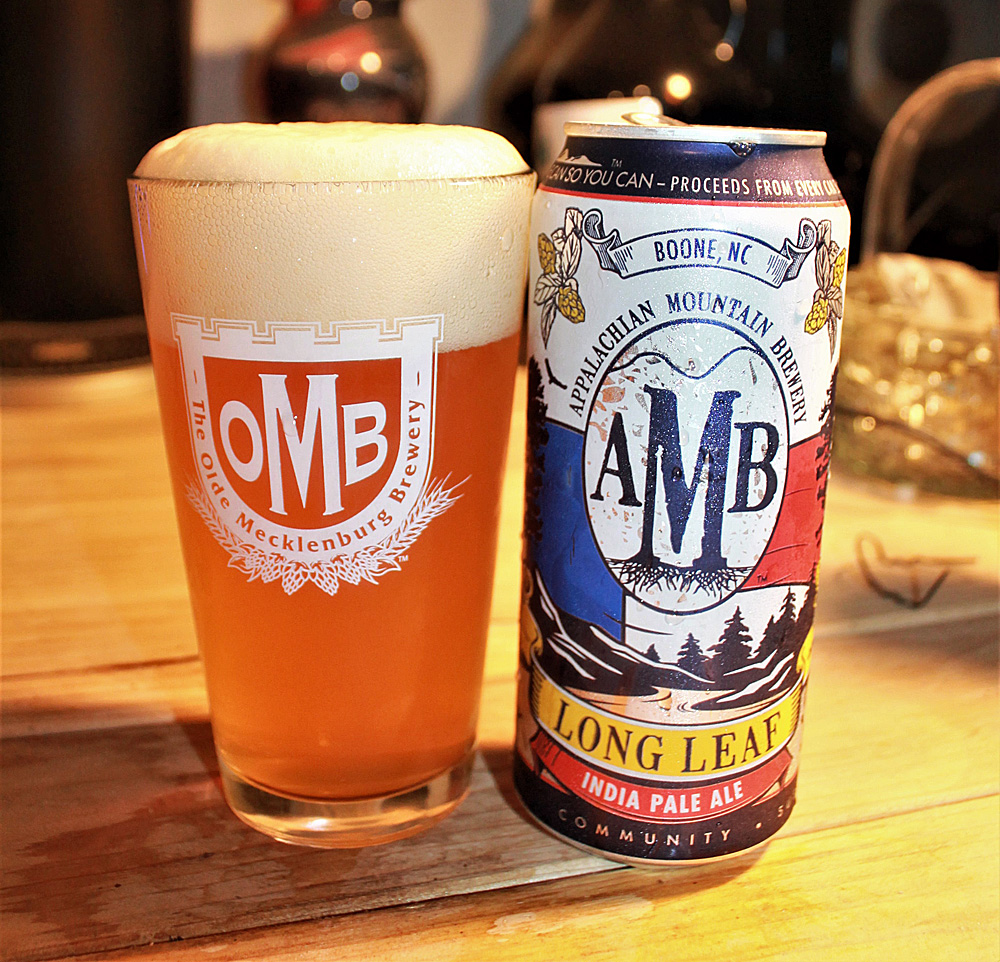 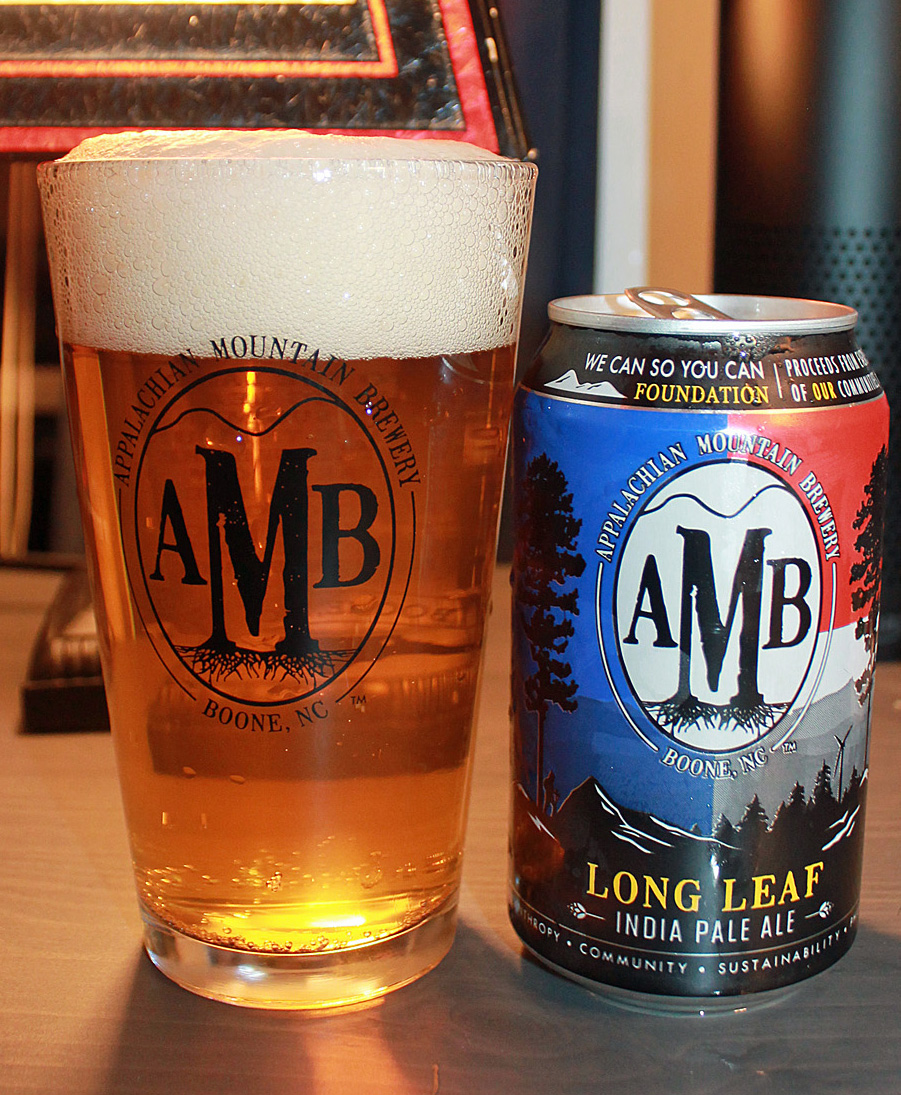 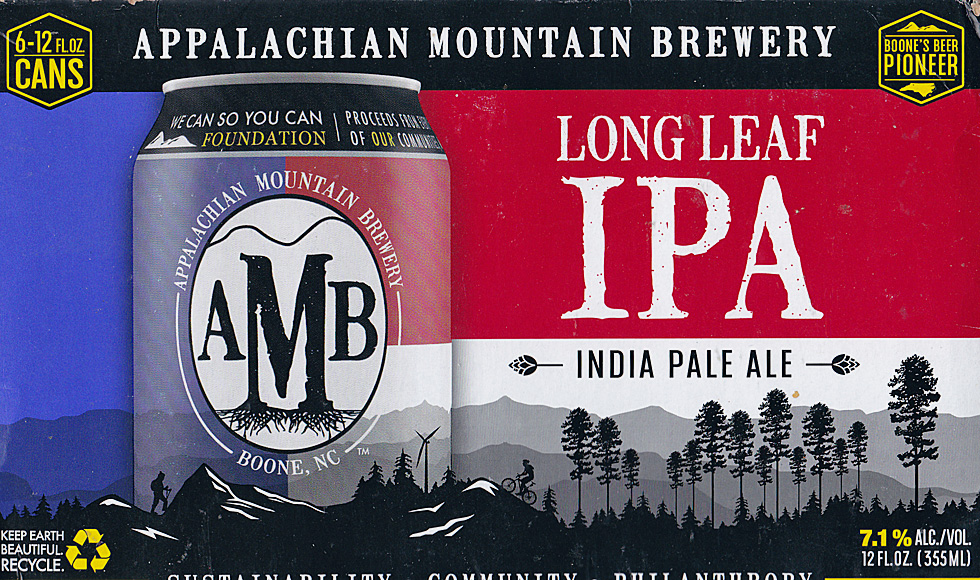 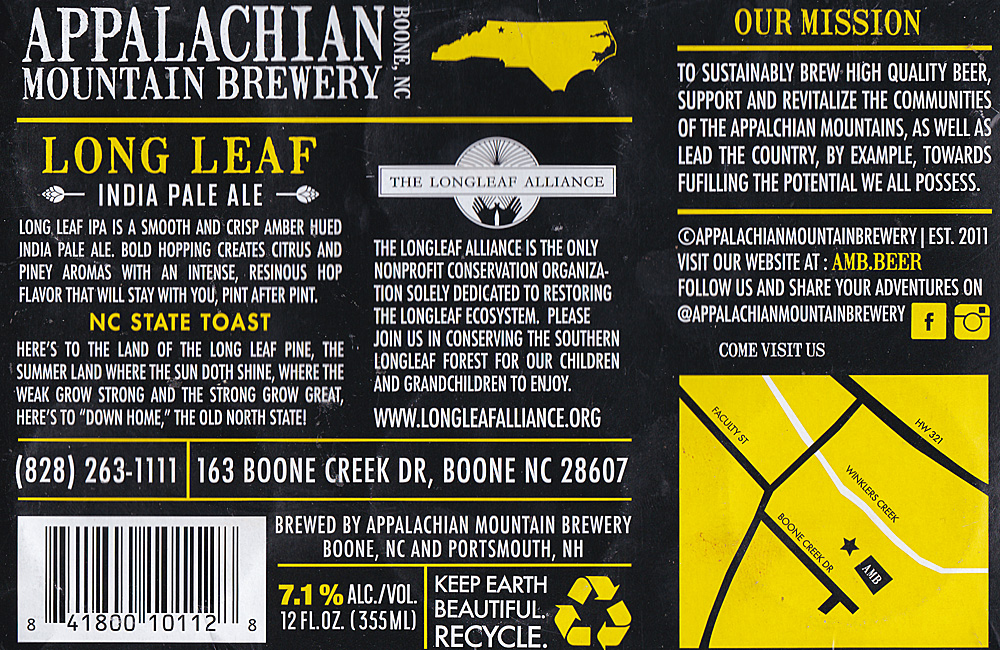