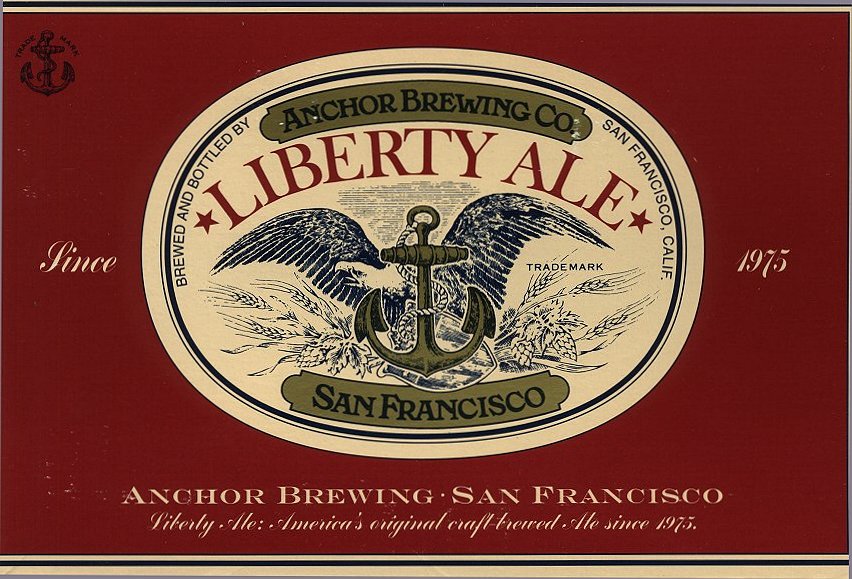 The Anchor Brewing Company has been brewing beers that have been a staple in my beer refrigerators for many years. Indeed, Anchor Liberty Ale was a beer I drank at the dawn of my beer enthusiast career back in the mid eighties.

At the time, fresh Anchor Steam was not always easy to find, being the fragile beer that it is. I recall tearing into a fresh case with great relish on one occasion with fellow beer enthusiast Beerlover and quickly dividing the glistening bottles between us. Those were the days.

By contrast Liberty Ale, with its higher hopping rate, lasted a little longer and still was a delicious beer. The hops act as a preservative as well as seasoning in beer. Liberty Ale undergoes an extra process called dry hopping, meaning that whole hop flowers are added to the conditioning tanks, imparting an herbal, flowery hop character to the finished brew.

Anchor Liberty Ale derives its name from the fact that the first batch was a special brew on the date of the 200th anniversary of Paul Revere's ride on April 18, 1975. The beer is an India Pale Ale, or IPA for short. That means it’s a very hoppy beer as previously mentioned. The first IPAs were beers brewed in England to be sent to India. The high amounts of hops preserved the beers for their long ocean voyage.

Anchor codes its beer for freshness, but they do it in a strange way. I’ll elaborate shortly, but first I must pontificate. I’m a big proponent of some kind of freshness dating. Whether it be a “Bottled On” date or a “Best By” date, I like to have some idea how old the beer I’m buying is. Anchor puts such information on their label, but for some unknown reason they do it in secret code that most people can’t decipher. Well, my friends, I’m about to give you the Rosetta Stone of Anchor beer, as it were.

On the back of the label you’ll see a series of letters and numbers in raised print. First you’ll see a number. That tells you the year the beer was bottled (02 for this year, as an example). Next comes the month:

They even give you the day the beer was bottled on, or at least they did. The letters of the alphabet correspond to the day of the month the beer was brewed. Of course, there are only 26 letters in the alphabet. Some months have up to 31 days. So those extra days are indicated by their last number (7=27th, 8=28th and so forth). At least, that’s how things used to be.

The bottle of Anchor Liberty Ale I’m drinking tonight is coded 2M8FL. What’s up with that? I know this much: the beer was bottled in March of this year from the first two characters. But the day? The last three characters are a mystery. But that’s ok. Knowing the month and year are enough for me.

OK, enough of all that you say, what does this beer taste like? Hops! Past tasting notes have revealed that Liberty Ale pours to a cloudy orange color with a big, lasting rocky head formation and a floral Cascade hop nose. The palate is malty with good mouthfeel but it's the hops that grab your attention, aromatic, floral, perfumey, herbal hops. They give the beer flavor and bitterness in the finish. This is a wonderful showcase for the cascade hop, or at least it has been in the past.

It seems that of late, more than the date coding has changed. My Liberty Ale doesn’t taste the same tonight. The bottle before me is much less floral, though it does still have a touch of aromatics to it. It seems more bitter than it used to be too, perhaps emulating the flurry of bitter American IPAs of late. The Cascade notes are much less pronounced. A batch variation perhaps? I hope so. I miss that wonderful aromatic character.

I like hoppy beers with spicy foods, and in the past I have paired this to curried beef with chickpea fritters (ground chick peas, sautéed onions, peas, chicken, and curry powder formed into patties and fried in sesame oil) to great effect. It’s great with Buffalo wings too. 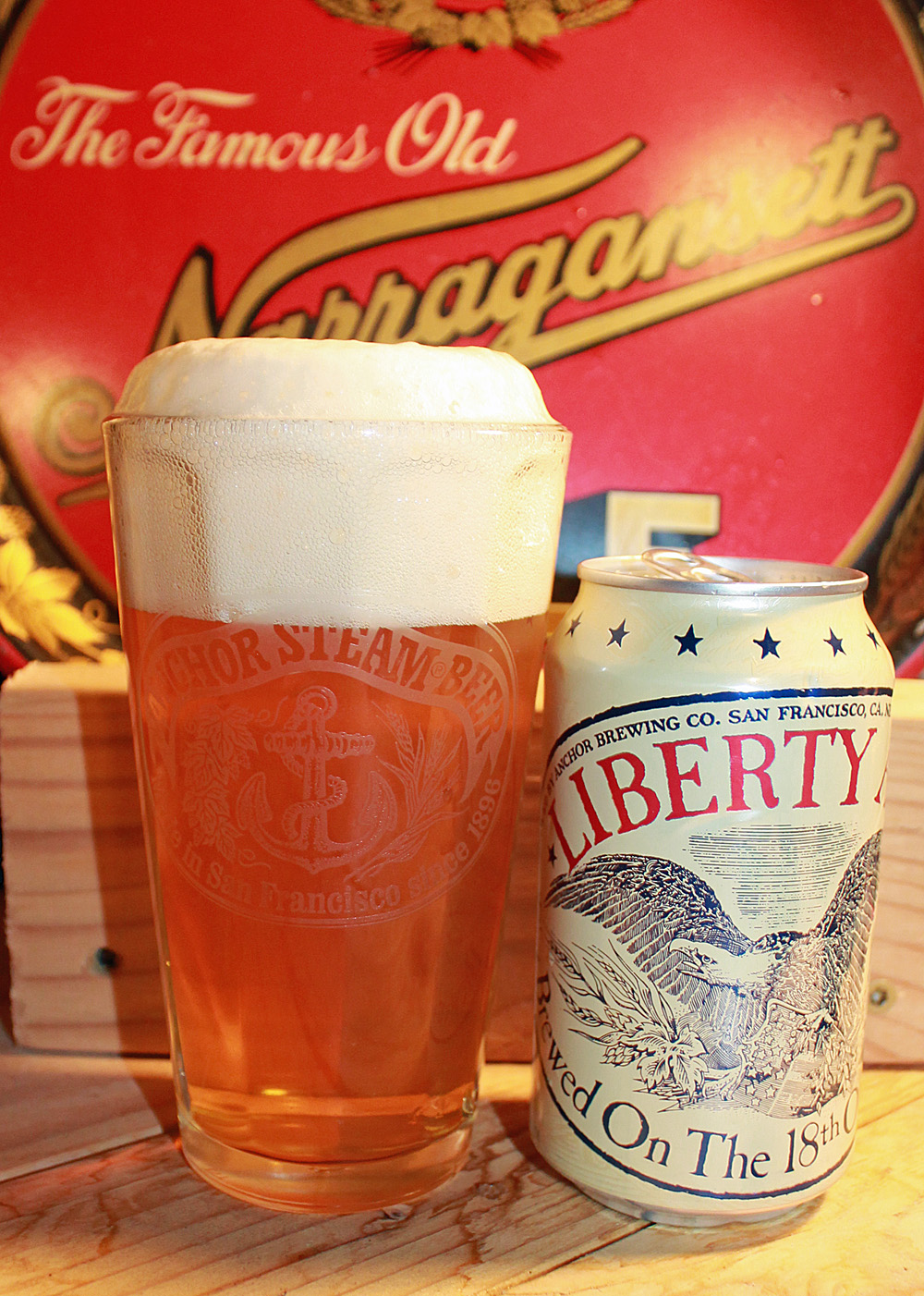