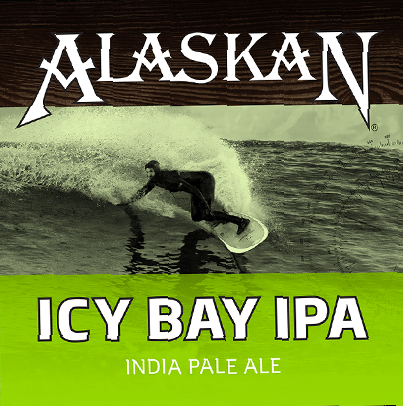 There’s something special about beers from Alaska and Hawaii. Part of that is the scarcity; other than the now defunct Maui Lager which I once got in New England in the 90s (or was it the 80s?), I’ve never seen beers from either state sold where I live. In the 90s, I did get some Alaskan beers via trade and mail order in Rhode Island. The latter is how I am doing it again in 2020, and how I got my hands on a bottle of Alaskan Icy Bay IPA.

Specifically, I got a bottle in a shipment from Craftshack online beer store. This is the second Alaskan beer I’ve bough from them, Alaskan Spruce IPA being the forst. I’m reviewing them out of order. I don’t know why.

The surfers who ride the waves around Yakutat and Icy Bay have to be prepared for all of the extremes that come with Alaska’s maritime climate. That can mean air temperatures well below freezing, and water temperatures not too much higher. It’s sometimes called blue face surfing, and it requires a special breed of adventurer to seek out the rugged shorelines that yield the best breaks.

I was wondering about the surfer connection. Seems more like Hawaii than Alaska, but what do I know about surfing?

Alaskan Icy Bay IPA is made from glacier-fed water and a blend of Summit, Bravo, Calypso, Apollo and Cascade hops and premium two-row pale and specialty malts. Our water originates in the 1,500-square-mile Juneau Ice Field and from more than 90 inches of rainfall each year.

Alaskan Icy Bay IPA pours to a slightly hazy orange amber color with a thick head of unruly foam and a soft piney hop nose. Taking a sip, the malt is light and the beer is delicate, with light citrusy and resiny hops dancing across the palate. It finishes with a long dry bitter finish, probably the biggest aspect of this beer.

This is an easy drinking, very light beer that, to be perfectly honest, is my least favorite so far for Alaskan. Perhaps it suffers by comparison, as it isn’t a bad beer, it’s just the rest of their beers I have had the pleasure to try have been so good. Would I buy it again? I would, sure, just to give it another go. It would not, however, be my first choice if other Alaskan brews were available. 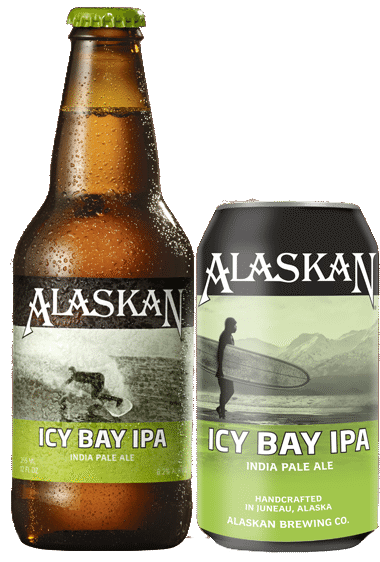 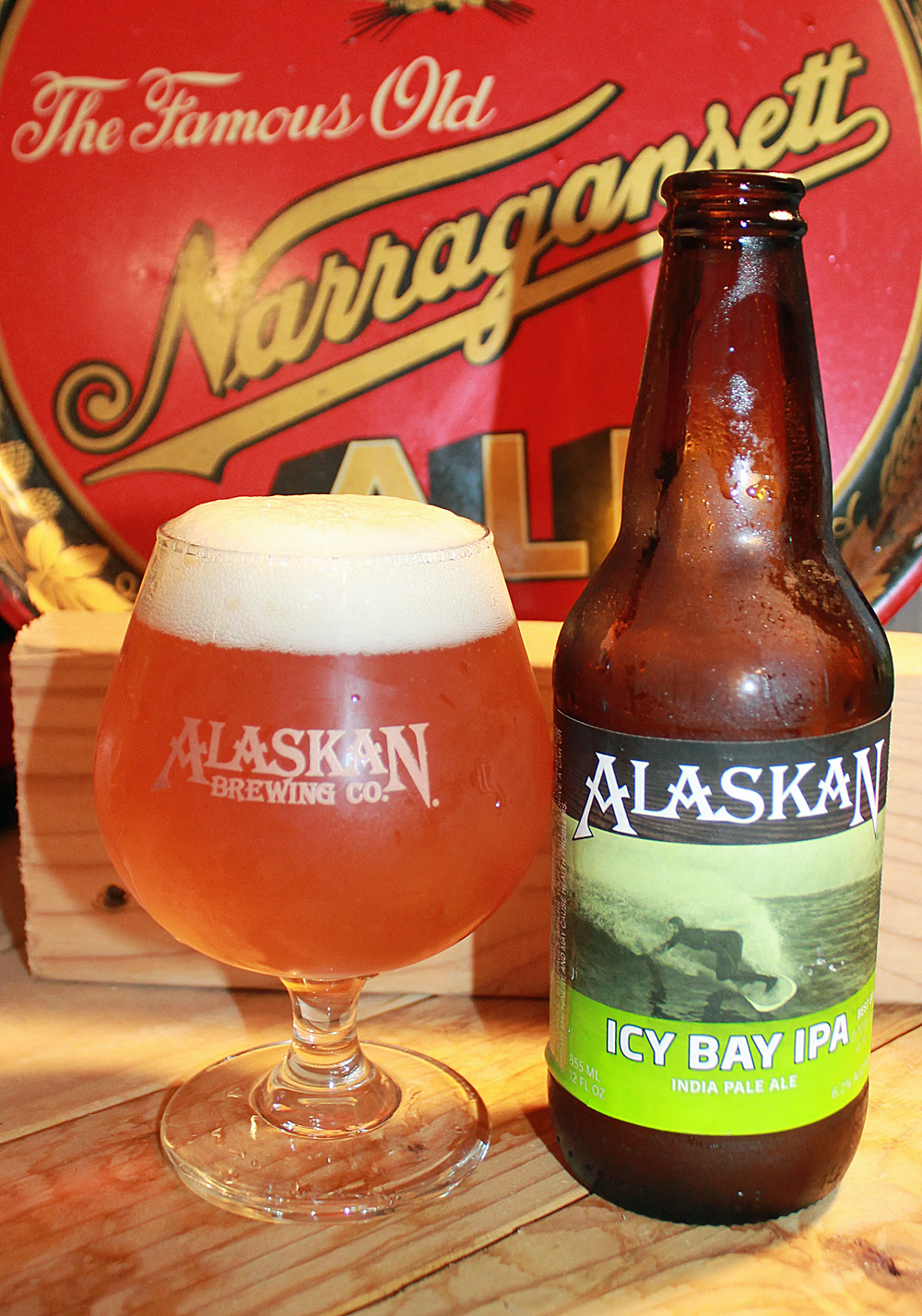