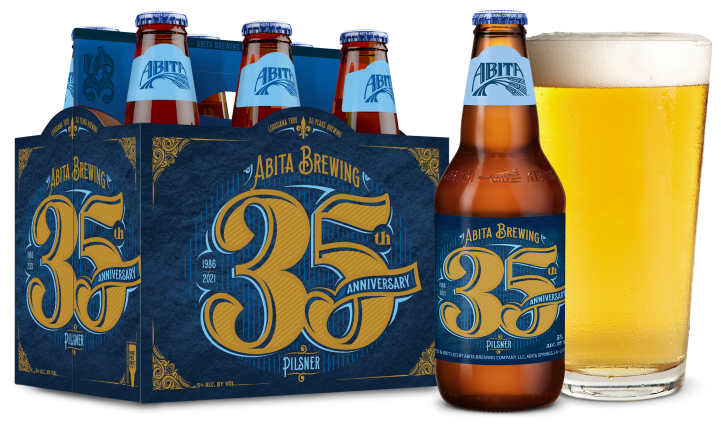 Congratulations, Abita Brewing Company of Abita Springs, Louisiana! You’re 35! Actually, as I type this, Abita is getting closer to 36, having been founded in 1986, and this is 2002. Still, Abita brewed a special beer for their 35th anniversary, Abita 35th Anniversary Pilsner, and that’s what I’m here to talk about today. So, Abita, you’re 35!

I bought a single of Abita 35th Anniversary Pilsner back in October at Total Wine, and stowed it away in one of my beer fridges. TW placed a sticker on it with a date of 8/27/2021, which is I assume when they checked it in. From the label:

To celebrate our 35th birthday, our team of brewers created this fruity and floral Pilsner. We want to thank our loyal customers for their support and pledge to continue the tradition of brewing excellence.

Abita 35th Anniversary Pilsner pours to a pale golden color with a thick creamy white head and a nose of grassy hops with a hint of grape. Taking a sip, the beer is crisp biscuity malty up front, then becomes gently fruity (white grape again) and herbal with a balancing grassy hop bitterness. Quite tasty indeed with some age, though again, I kept this refrigerated which makes a difference.

Would I buy it again? Yes, I would, if I saw it again. 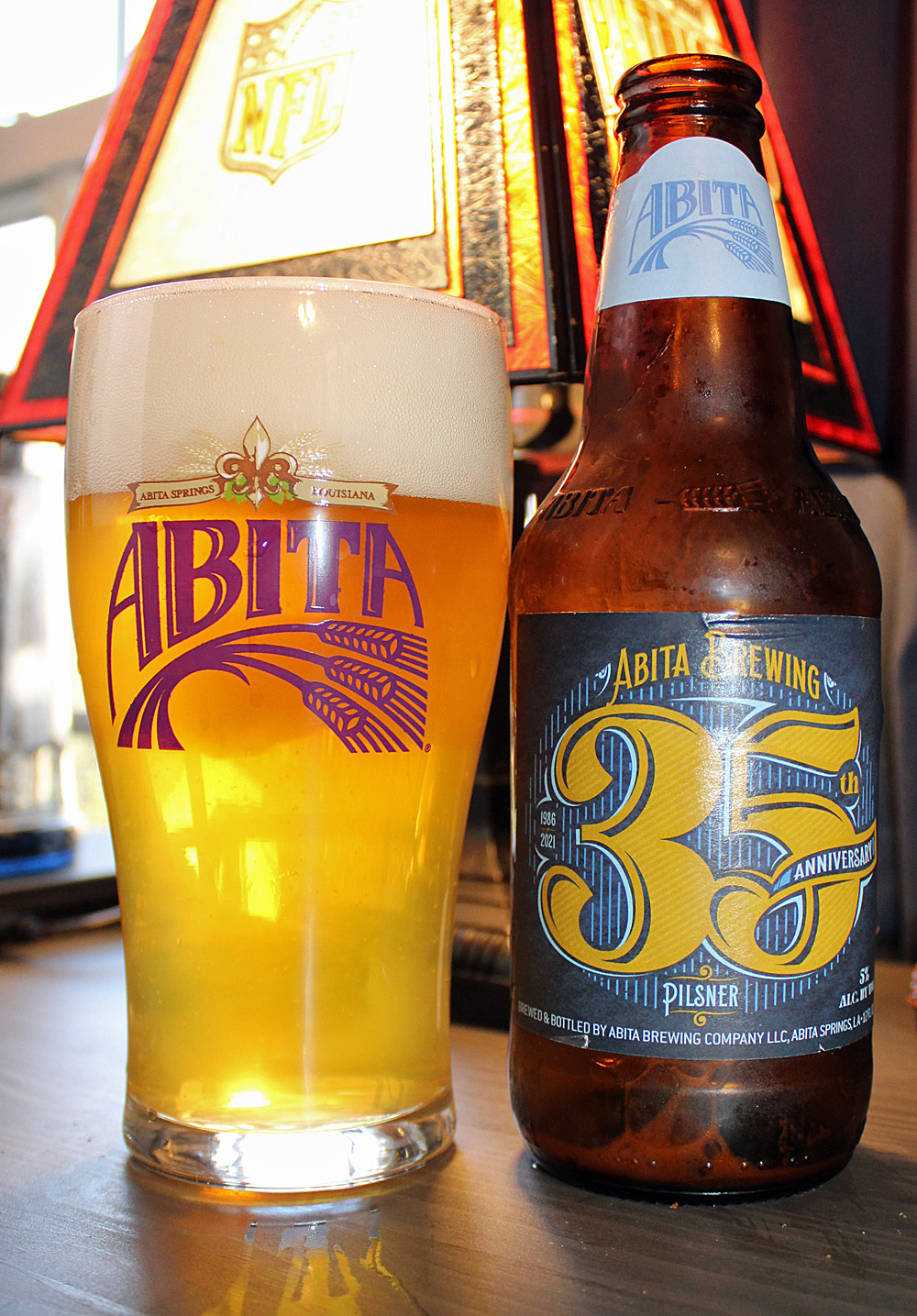