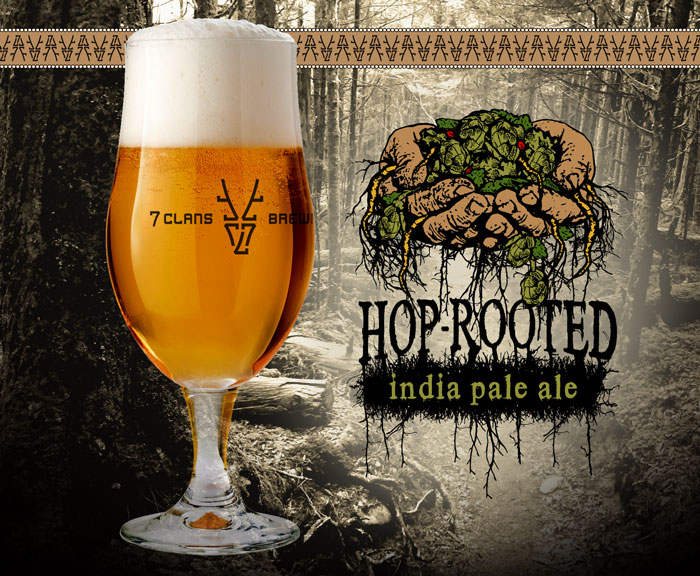 If you read my review of 7 Clans Brewing Mothertown Blonde Ale, then you know I tried it and enjoyed it at Harrah’s Cherokee Casino not so long ago. I liked it enough to go look for their other beer, Hop-Rooted India Pale Ale, and indeed I picked up a six-pack of the neat little tall cylindrical 12-ounce cans. 7 Clans contract brews for now, though they aim to build a brewery, and I like the fact they are a Native American enterprise and female-dominated to boot.

7 Clans says about their IPA:

Indigenous cultures around the world know that nature never fails to provide just what our bodies need and our taste buds crave. Sustaining a harmonious relationship with the land is essential to our wellbeing. So for this brew, we dug deep to unearth our Hop-Rooted IPA. By cultivating intense floral and citrus notes to compliment Pacific Northwest Centennial hops’ bitterness, we’ve gone back to the secret of earthly goodness — balance.

This American IPA features intense floral and citrus notes utilizing Centennial hops from the Pacific Northwest. Bitterness is bright and balanced without being over the top. Dry-hopped with even more Centennial for an extra punch of pungent hop goodness.

7 Clans Hop Rooted India Pale Ale has an alcohol content of 6.5% by volume according to the can and I paid $10.99 for my six-pack at a local beverage center in Cherokee.

7 Clans Hop Rooted India Pale Ale pours to a bright orange amber color with a medium head of creamy foam and herbal-citrusy hops in the nose. Taking a sip, the beer is medium bodied with a touch of caramel malt followed by very earthy, herbal hop notes with hints of citrus and green leafy notes. The beer finishes quite bitter, but the hops are very much skewed to the herbal bitter Unterbergs-like notes.

I Love the earthy herbal hop cha­­racter here, and the more I drink the more it grows on me. Green and earthy, minty and bitter. I appreciate the long dry permeating bitterness and grassy herbal hops character, but the citrus notes they are trying for are missing. Almost like too many early addition hops and not enough late addition. 7 Clans is young and still some work to do on this one, as it is very much into the bitterness end and less on the aroma. Perhaps more late addition hops would help.

That said, if you are a fan of pungent leafy hops, this one is for you. 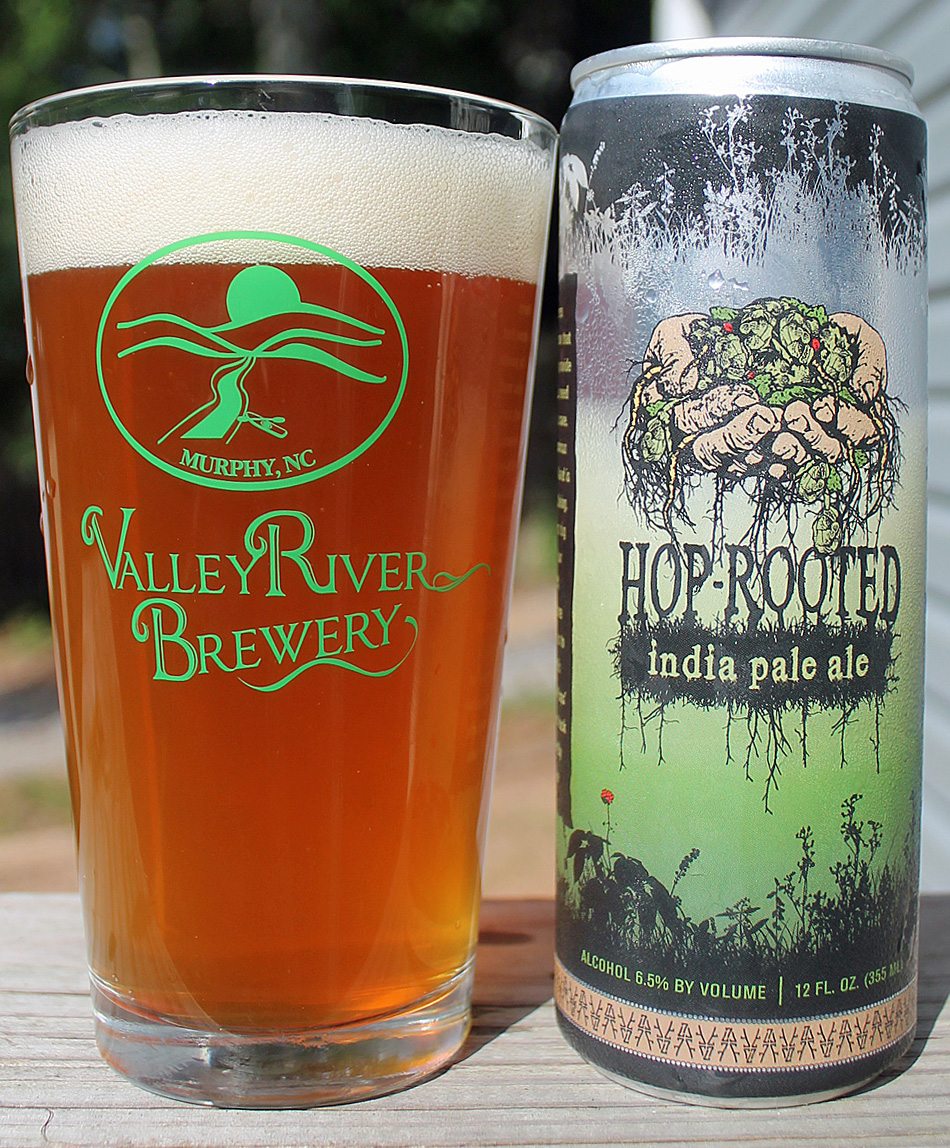